‘Tis the season to begin thinking about finding and supporting some excellent holiday music. When you tire of the endless, dreary Christmas muzak, I suggest you set up a winter solstice playlist or take in a concert by Robin Bullock to alleviate your pain. 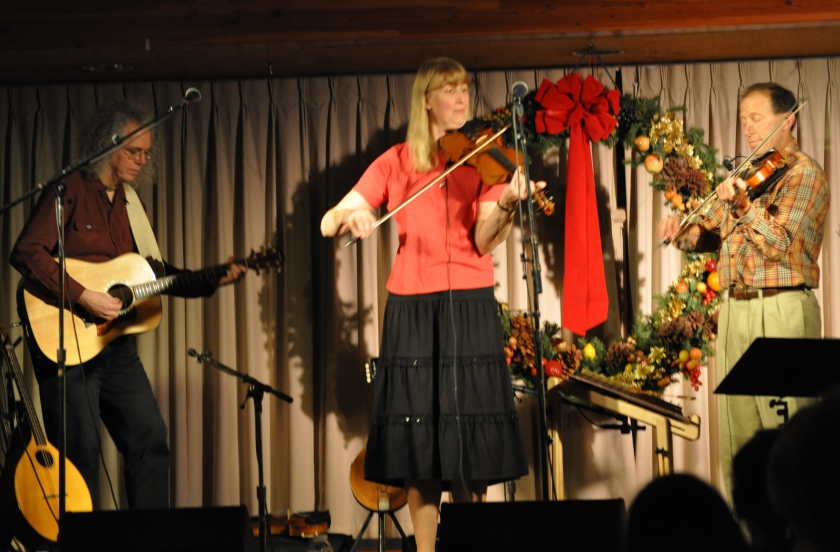 For years I’ve been a regular at Bullock’s Celtic Holiday Concert sponsored by the Institute of Musical Traditions, and I’ll be there again next week for the 2019 performance. Set for Monday, December 9th at St. Mark’s in Rockville, the concert also includes, besides Bullock, the world-class folk instrumentalist Ken Kolodner on fiddle and hammered dulcimer, along with U.S. National Scottish Fiddle Champion Elke Baker.

Bullock is a master of the acoustic guitar, cittern, and mandolin, where he blends

“…the ancient melodies of the Celtic lands, their vigorous American descendants, and the masterworks of the Baroque and Renaissance eras into one powerful musical vision. The 17th-century harp tunes of legendary Irish bard Turlough O’Carolan, the spirited jigs and reels of rural Ireland, the haunting ballads of the southern Appalachians and the timeless compositions of Bach, Dowland and Francesco da Milano all find a musical common ground in Robin’s music, where lightning-fast fingerwork one moment is perfectly balanced with tender, quiet intimacy the next.”

There’s a great deal of Robin’s music on You Tube, but this year—given all that the country has endured—I thought it would be especially appropriate to hear his lovely arrangement of the Ukrainian tune Carol of the Bells. Composed by Mykola Leontovych—an internationally recognized choral conductor, teacher, and composer who was assassinated by a Soviet state security agent in 1921—this beautiful tune comes alive in Robin’s hands.

Robin was based in the Washington area in the 1990s, before moving to France and then to Black Mountain, North Carolina, his current home. Along with Kolodner and one of the founders of the Baltimore Consort, Chris Norman (flutes, whistles & smallpipes), Bullock was a founding member of the acoustic world-music trio Helicon, which still gathers annually for a Winter Solstice concert. This year the group has three DC/Baltimore-area concerts scheduled for Saturday December 14th and the following Saturday, December 21st. North Carolina friends can see Bullock at the Swannanoa Solstice in Asheville on the 22nd.

Enjoy the music of the solstice this year.

"You think your pain and your heartbreak are unprecedented in the history of the world, but then you read. It was books that taught me that the things that tormented me most were the very things that connected me with all the people who were alive, or who had ever been alive."