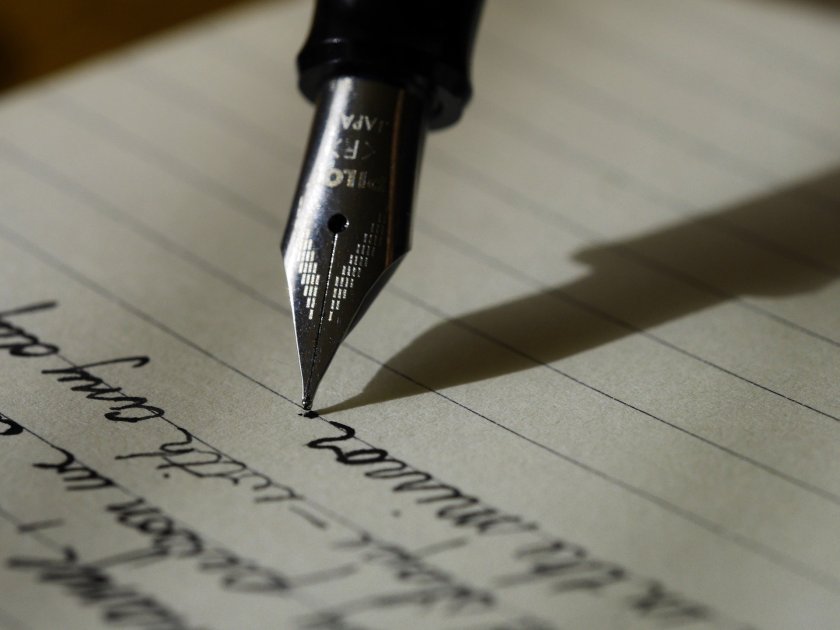 It did not begin as a pandemic project.

In early March, when the thought of how best to express my gratitude first arose, it was near the milestone of a 65th birthday. But as the weeks passed and turned into months, the realization deepened that the specific action of writing one or more thank you letters each week was a perfect antidote to the poison that seemed to permeate our lives in 2020. It was, for me, an ideal pandemic project.

“,,,which certainly falls in the “time flies by quickly” category. In ways that I never could have imagined, I have had a fortunate life. In wanting to recognize this milestone, I found some inspiration in two very different places. First, I was taken with the powerful scene in A Beautiful Day in the Neighborhood when Tom Hanks as Fred Rogers asks a reporter to take a minute of silence in the middle of a Chinese restaurant to consider the people who’ve loved him into being. The second is writer Nancy Davis Kho’s Thank You Project. Both have motivated me to write thank you notes over the course of this year to the people that have enriched my life. This week I want to thank you.

What followed was several paragraphs that described the reasons I was grateful to have that particular person in my life. The letters generally ended with the complimentary close, “With much gratefulness and admiration” sometimes augmented with “and love.”

When making the decision to begin this year of gratitude, my journal quickly filled with the names of siblings, in-laws, former bosses, teachers, and long-time friends. But as the weeks passed and I thought more and more about the people who had really been there in times of need — benefactors in one way or another — the list expanded to include a range of colleagues over four decades, spiritual and secular mentors, people in positions of power who demonstrated how I should support others when given similar levels of responsibility, and those who guided and stretched my intellect.

By December 20th, 52 individuals had received a letter, one for each week of the year. Those who would have been on the list had they lived included my parents and grandparents, of course; a board chairman who called every single morning during his two-year term to check my temperature and see how he could be of help; and an influential college professor and his wife, who became good friends over three decades.

Early in life I was taught the importance of saying thank you, to the point that it entered my DNA. However, real appreciation for the act of gratitude and the kindness that is conveyed through that action has come only in recent years. It can mean a great deal when people remember you with a short but pithy note, send a generous and unexpected recognition, or reach out across decades to recall long-ago friendships. I have been the recipient of each of those gifts in my lifetime and know their power.

This year of gratitude has provided an abundance of life lessons. By focusing on how to articulate what it is about someone else that has proven so beneficial in our lives, we are led to the realization of how much our thoughts, words, and deeds are shaped by others. Community, in all its meanings, is key to a fuller existence.

The first boss who truly shaped my career served as a role model in how to support staff by recognizing their individual needs. She also encouraged my professional growth, even when it meant leaving her office for new opportunities. Bosses and other mentors who followed her taught lessons in how to listen, in generosity that leads to sharing as opposed to hoarding, in ways to build and reward initiative, in the value of a wide and curious perspective, in the need for clarity in thought, and in the benefits that come in welcoming a stranger with a figurative embrace as people move into new and different circumstances.

So many mentors believed in me, providing affirmation that was there at critical times. They had a willingness to share work, decisions, credit, and praise; encouraged engagement and empowerment with boards and other leadership groups; and placed me in situations where I could learn, succeed, occasionally fail, and ultimately grow. It is a good lesson to keep front and center as the opportunities arise to support those in earlier phases of their life and careers.

It became clear over the year that many of my benefactors were vulnerable and human, revealing ways to open up to others that did not come naturally to me. So many have an uncanny ability to listen with empathy. Knowing how to laugh came through time and again. Abundant good humor — often of the self-deprecating variety — can help make suggestions easier to digest. I thought of friends, co-workers, and loved ones whose lives demonstrated the value of generosity, a positive outlook on life, forbearance, and simple kindness. A choral director changed my life when, through her patience and skill, she showed me the transformative nature of music. There were two individuals in particular who will forever be important in my life, as they taught me how to work through troubles and handle loss.

And some of the earliest and most enduring benefactors were my siblings, who challenged, nurtured, and supported me throughout childhood and beyond. From them I learned the warmth that comes from a spirit of hospitality, the fearlessness that makes life worth living, and the love that overcomes differences.

Writing weekly letters of gratitude did not begin as a pandemic project, but the intentionality of articulating what others have brought to my life could not have come at a better time. Besides recognizing the good fortune we have in those who shaped us, a benefit of giving is what comes back in return. I received dozens of kind and thoughtful responses, some several pages long, that spoke of the effect of the gratitude on the recipient and the depth of our relationship from their perspective. These are emails, notes, and letters that I will always treasure.

To all who have touched and supported my life, thank you. I cannot begin to truly express how grateful I am for you, but I am enriched beyond measure in making the time to try.