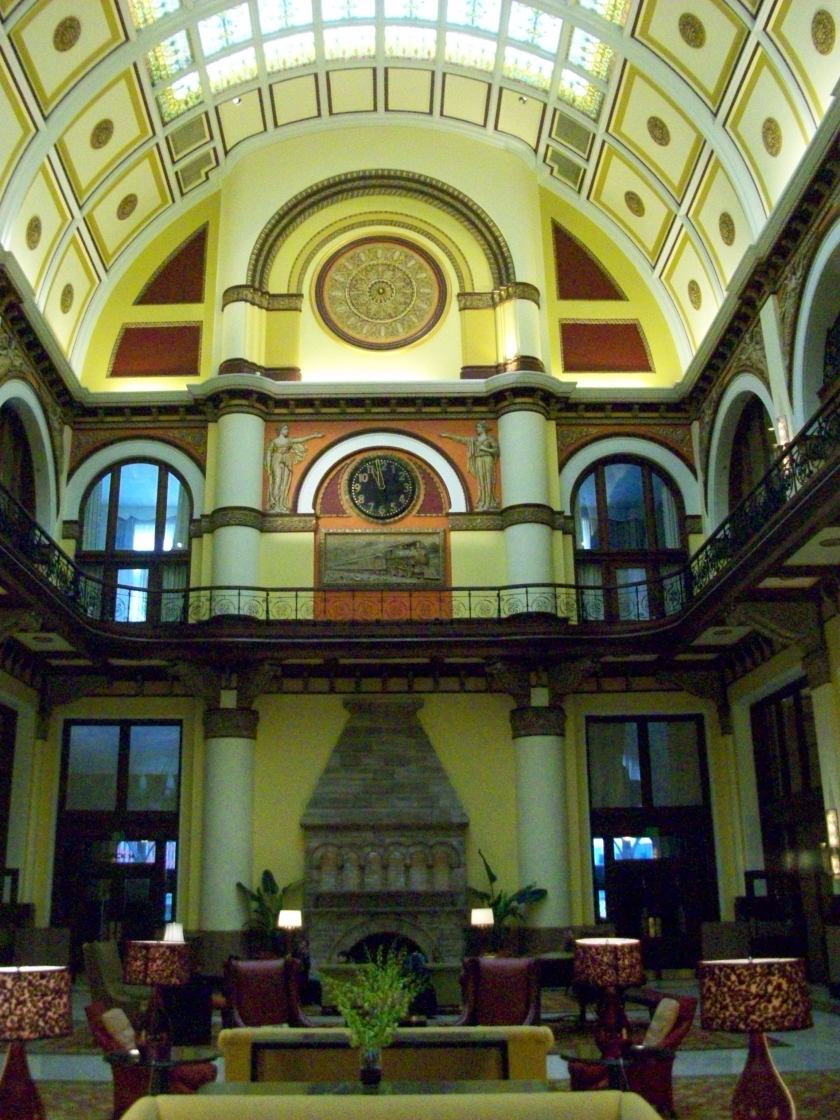 Having just arrived in Nashville for the 2009 National Preservation Conference, I find myself in the lobby of the Union Station Hotel waiting for a room and for my meetings to begin.  That left me time to think…which can be dangerous.

Union Station is a Nashville landmark.  It is a beautiful old pile of a building and the lobby (see photo) is stunning.  But I think it is a landmark and was – in the end – saved from the wrecking ball because it has so many personal connections to people in Middle Tennessee.  Take me, for instance.

My parents were part of the post-war (WWII) marriage boom that begat the well-documented baby boom.  Both were from the small town of Franklin, located about 20 miles from Nashville.  My father had just graduated from Vanderbilt and he and my mom were married in the First Baptist Church in Franklin.  Before beginning his life-long career with the Tennessee Valley Authority, my father and his new bride had a honeymoon to take.

Luckily, they had relatives (my father’s sister) in Chicago, so they came to Union Station – like so many honeymooners, soldiers, businessmen (in those days), and families before them – and boarded a train bound for Chicago.  I’ve heard stories my entire life about the plays they saw in the city, visiting Wrigley Field to see the Cubs (that must have been how I got those baseball genes), and so much more.  But the stories always begin with that train ride from Union Station.

That’s why preservation is important.  It helps save the places that matter to people. When I wrote the following in an op-ed in today’s The Tennessean newspaper, this is what I was referring to:

I have fond memories of growing up on Main Street in Murfreesboro, where our town square, library, school, grocery store and church were just a few blocks away. Much like East Nashville today, my hometown was designed in a way that connections between people were reinforced by everyday communications and interactions. It matters how we build our communities and how we preserve them.

Almost every preservation success story like Union Station has a thousand or more personal stories holding them up.  I just happen to be in the lobby of the place that launched my personal history and that of our family.  That’s why they are worth fighting for and saving.

UPDATE:  I didn’t quite get all the “facts” straight in this post, according to my father, the engineer.  I was comfortable with “perhaps not factual but true.  You can see the factual version here. 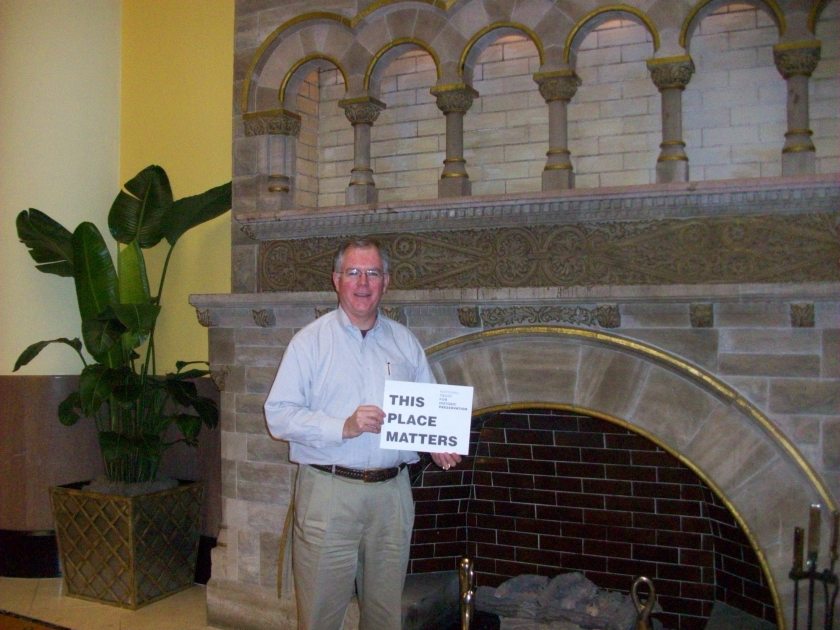