Has it really been eight years since we decided to try to catch the Best Picture nominees before the Academy Awards show?  Indeed it has. Truth be told, this has been an up-and-down process.  There are years when I’ll see 7 of the 8 or 9 films nominated.  Then, there are times such as last year when we took in four on one weekend…and that was it.

This year was really different, in that I’ve seen all 8 of the films nominated, plus a few more that could have been in the running. 100 percent!  That’s a first. 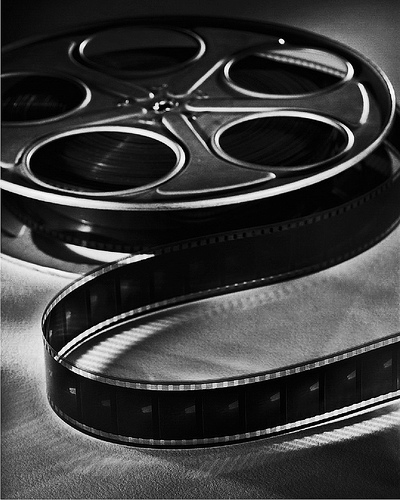 As in years past, I’ll provide the caveat that I’m no movie critic, so these are totally personal views without any understanding of the nuances of filmmaking. I’ll also list these in the order I ranked them, which is where I get the most comments.

So, my best picture award would go to If Beale Street Could Talk.  Wait, you say, it wasn’t nominated!  Well, that’s not my fault; it should have been.  This was a beautiful and powerful movie, with incredible cinematography.  It is based on a strong story by one of America’s great writers, James Baldwin. Barry Jenkins won the Best Picture Oscar two years ago for Moonlight—another powerful film—and this one is just as good in my estimation. The theme—loving while black—is incredibly relevant today.  If you haven’t seen this movie, go.

Now, for the films that actually were nominated, my top choice is Roma. Set in Mexico and focusing on one family and a young indigenous woman who works for them, this movie has a majestic scale while featuring an intimacy that captures the viewer’s attention from the beginning and never lets go.  I found the pace worked well, and the story had depth and meaning.  I don’t care if the Academy is mad that Netflix plays with their business model . . . I don’t know enough about that to have a meaningful opinion, so I’ll just stick to the film.  I’d watch this one again.

BlacKkKlansman surprised me.  The premise—a black undercover cop infiltrating the Ku Klux Klan—seemed so outrageous that even though it was true, it couldn’t be serious.  However Spike Lee’s movie, from my point of view, was terrific.  Very original, with a great deal of heft to make the viewer think.  And goodness, the ties to life today are too close for comfort (and Lee makes them clear at movie’s end).  This is another one on the list I’d go see again.

Black Panther was the last one of the eight I saw, and frankly I didn’t know what to expect.  I’m not a fan of superhero or sci-fi movies, but I knew this film was somehow more than that.  In the end, I loved it. The characters are strong and the production values are amazing.  I came away understanding more of why this movie is a defining moment for black Americans.  Leonard Pitts, Jr. was singing the praises of Black Panther at his book talk at Politics & Prose last week, and his point of view is one I admire.  Again, I’m not sure I can see a superhero movie as Best Picture, but this was darn close.

Fourth on my list is The Favourite, a dark comedy set in the court of Queen Anne (circa 1710). I very much enjoyed this movie, and as everyone says the acting, costumes, and script are all wonderful.  Emma Stone, Olivia Colman, and Rachel Weisz are terrific in their roles…which, unfortunately come off as an 18th century version of Mean Girls.  Best picture?  It doesn’t quite get there for me.  Would I see it again?  Definitely.

I fully expected to rank A Star is Born before Bohemian Rhapsody, but when I saw the Queen biopic earlier this weekend, I had such a good time that I couldn’t push it further down the list.  Rami Malek, as the dynamic lead singer Freddie Mercury, was incredible, and is very deserving on a Best Actor award. The movie’s pace and energy held up throughout the full show, ending—as most everyone knows—with the band’s breathtaking Live Aid performance.  There are quibbles (such as the fact that Mercury’s AIDS diagnosis is moved to a more dramatic point in the story from real life), but hey, if you get your history from movies you get what you deserve!  Others have complained about the director’s personal life (a real issue) and the soft-peddling of the gay story line (some people will complain about anything.)  I’d definitely go see this one again…and that’s saying something from a person who gave up listening to rock and pop in the early 1970s.

So I’ll put A Star is Born next.  I loved Lady Gaga in this picture. Bradley Cooper was good as her musical and love partner.  Shallow is a terrific song that I hope wins Best Song this year.  But the movie drags in the middle, and you almost lose interest until it picks up again near the end. I enjoyed it, but not sure I’d go see it again.

Green Book was a disappointment to me.  I went in expecting to see a film with some serious civil rights and social justice commentary, and instead got a buddy road trip between two guys without a touch of nuance (to quote one reviewer).  If I want buddy road trips, I’ll go watch Thelma and Louise. And seriously, the fried chicken-eating scene was one step too far.  I know it ended on a happy note and everyone melts with all the feel good stuff at the end (beginning with the cop pulling them over in the snow), but it didn’t make up for this movie’s sins for me.

Finally, my vote for least appealing Best Picture nominee goes to Vice.  Yes, Christian Bale in the title role and Amy Adams (I love her) as Lynne Cheney are terrific.  But who the hell wants to see a dark comedy about one of the worst Vice Presidents in history who helped lead us to our current political polarization?  Not me.  The filmmaker has all sorts of gimmicks and techniques that he clearly thinks are very clever.  They aren’t, and they don’t help in making the (obvious) point that Dick Cheney is a heartless individual who has spent his entire life trying to amass power and take it away from anyone who doesn’t agree with him.  Let’s don’t celebrate that with comedy (even dark comedy).  Let’s take it for the tragedy we are living in here in 2019.

And that’s all folks.  Jump in with your favorites, argue with mine, and let’s enjoy the Oscars next Sunday evening.