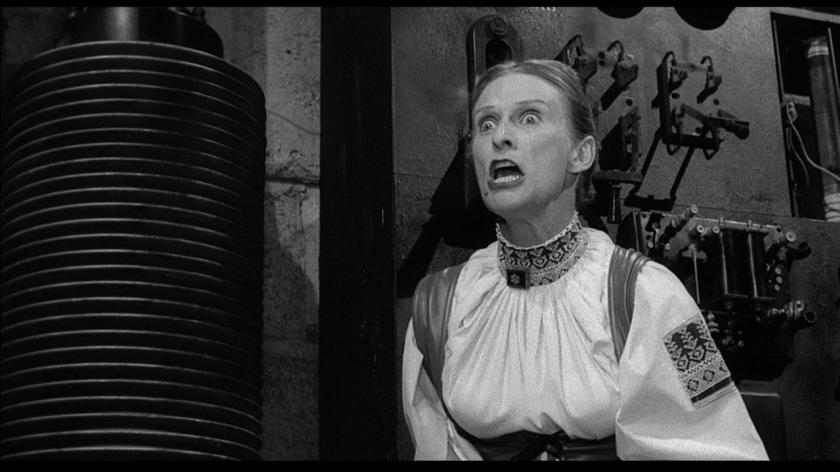 This Weekly Reader features links to articles that grabbed my interest or tickled my fancy as January turned into February. I hope you find something that makes you laugh, think, or cry.

Statistics tell us that January and February are the months in the U.S. with the highest death rates per 1,000 people. The pandemic has brought death and loss to the forefront of American life in ways reminiscent of other times of national trauma. In the American Civil War, more than 600,000 soldiers lost their lives. We are not at that scale yet, as an equivalent proportion of today’s population would be six million. However, in This Republic of Suffering, Drew Gilpin Faust reveals the ways that death on such a scale, usually occurring without relatives nearby to help with the nursing and grieving and often happening anonymously in those days before those killed could be easily identified, changed not only individual lives but the life of the nation. I suspect the scale and often the loneliness of loss through the pandemic will result in more changes in all our lives.

The pace of loss has been on my mind as I have been reflecting on the number of people who have passed away in recent weeks. This week’s Weekly Reader includes stories and remembrances of several individuals who touched the lives of others in ways known and unknown. All were well known in their fields. So many who died of COVID in the same time period are known only to their families and friends. But so many of those individuals also left remarkable legacies. I wrap it all up with an article that summarizes ten ideas that one person has used to help make a life well lived.

The great baseball columnist of The Washington Post, Thomas Boswell, wrote a heartfelt appreciation for the man who just may have been the greatest baseball player to ever play the game, Henry Aaron. Hank Aaron’s greatness and grace were underappreciated and unmatched makes a strong case for that assessment, and that’s saying something coming from this Willie Mays fan.

“The 1957 and 1958 World Series hooked me on Aaron, who died on Friday at 86, and (Warren) Spahn. Their Milwaukee Braves battled the New York Yankees, whom I already had learned to hold in equal parts awe and hate, on dead-even terms, winning in seven games in their first Series meeting before New York got revenge in seven games in ’58. Aaron hit .364 and slugged .600 in those two World Series.…

There was no conspiracy of silence about Aaron, no plot to keep him underappreciated — which he still is to this day. He was, simply, the greatest attention-deflecting machine the game ever produced. He played with understated grace, swift efficiency and a lizard-tongue wrist-snap of a swing. He tried to hit the ball 400 feet, not 450. That restraint, in an era that adored tape-measure homers, allowed him to blend contact with power; Aaron hit over .320 eight times yet routinely had years with around 40 homers but only 60 strikeouts.…

He had a quiet, utterly composed, almost Buddha-like presence. It was like talking to a bronze statue that suddenly began speaking, slowly and thoughtfully, the least-rushed man alive.“

I had the chance to see Aaron live once in my life, in 1966, the first year the Braves moved to Atlanta. On the last day of the season, our Little League coach told us all to gather around, and then he announced that the coaches and parents were taking us to Atlanta the next Sunday to see an Atlanta Braves game. This 11-year-old was over the top excited! I can’t remember the score, or who they played, but I will always remember seeing graceful Hank Aaron — the real home run champion — play baseball that sunny summer day.

Marcus Hayes, writing in the Philadelphia Inquirer, tells What legendary Temple basketball coach John Chaney meant to me and the Black community in America.

“I came to Philadelphia in 1995, just a farm boy with a fancy diploma. Within a year of my arrival, I met both Michael Jordan and John Chaney.

“On paper,” writes Hayes, “the coach was far less impressive than the player. In person, it wasn’t even close.”

“Jordan was a brand. Chaney was an institution.

But Chaney wasn’t just an institution. Along with a handful of other Black coaches, Chaney helped change an institution — the insular, powerful world of college basketball coaching. It was a world dominated by Bobby Knights and Dean Smiths; the stately legend of John Wooden; the hoary ghost of Adolph Rupp. It was a world made accessible to people like me by the late John Thompson at Georgetown; by Nolan Richardson at Tulsa and Arkansas; and, in gritty North Philadelphia, by John Chaney, who died Friday. He was 89.

You’ve heard this before, but for Coach Chaney this is true: Like Thompson and Richardson, Chaney will live forever through the lives he so deeply touched; and through lives he never knew he touched.“

I first met the late Barbara Erickson, President and CEO of the Trustees of Reservations who passed away much too early on January 15th, when she visited the National Trust for Historic Preservation. She came soon after taking on her role with the Trustees, the Massachusetts organization that was a precursor to the National Trust in the U.K. It was clear that Barbara was an impressive leader as well as an individual who was generous in spirit. We got to know each other a bit more when she came to the 2015 International National Trust Organisation (INTO) Cambridge conference when I served as an INTO Trustee and we were both speakers. Catherine Leonard, the Secretary-General of INTO, has written Barbara J Erickson, President and CEO of the Trustees of Reservations as an appreciation for Barbara and her work on the international stage. It includes a link to a blog I wrote after Cambridge.

Barbara was a force for preservation and conservation, and she will be missed.

Three generation of Brown men loved the Mel Brooks film Young Frankenstein. To be truthful, Daddy, Andrew, and I could quote multiple lines from several Mel Brooks movies, and when we watched them together the laughter was loud and long. Sadly, most of the main actors from that 1974 mini-masterpiece of a film have now passed away, including last week, the wonderfully talented Cloris Leachman.

Adam Bernstein, in The Washington Post, has a lovely tribute in his obituary Cloris Leachman, Oscar-winning actress who starred in ‘Young Frankenstein,’ dies at 94.

“It was ‘Young Frankenstein,; however, that delivered her enduring place in film history. The movie was bursting with brilliant visual and verbal gags that paid irreverent tribute to Universal Studios horror films such as “Frankenstein” with Boris Karloff and “Dracula” with Bela Lugosi….

To play Frau Blücher, Ms. Leachman tied her hair in a tight bun, affixed a chin mole and gave her skin a sickly pallor with makeup — she was made to resemble Judith Anderson’s severe housekeeper Mrs. Danvers from “Rebecca” (1940). But the pièce de résistance was her German accent and her fearsome glare. Horses whinny in horror at the mention of her name.

Ms. Leachman made the deadpan most of her deliciously cockeyed lines. ‘Stay close to zee candles,’ she says, holding an oversized candelabra with unlit candlesticks as she climbs a shadowy staircase. She overdoes her offer of a nightcap to an increasingly angry Frankenstein, first proffering brandy, then ‘varm milk . . . perhaps?‘ and, finally, the chocolate malted kid’s drink Ovaltine. Later, she confesses to a dark secret: “Yes! Yes!” she shouts of Victor Frankenstein. ‘He voss my boyfriend!’”

Writing in the New York Times, critic-at-large Wesley Morris has an appraisal of the life and work of the actress Cicely Tyson that is a moving remembrance of yet another giant we lost in recent days: Cicely Tyson Kept It Together So We Didn’t Fall Apart.

“A wonder of poise and punch, the actress dared to declare herself a moral progenitor, taking on roles that reflected the dignity of Black women.“

“Tyson was a peculiar kind of famous. I was never told of her importance. I just knew. Everybody knew. This woman was somebody. She looked sainted, venerated — at 29, 36, 49 and 60. Even in anguish. It’s possible that happens once you’ve played a 110-year-old formerly enslaved woman in ‘The Autobiography of Miss Jane Pittman’ and after you’ve played Kunta Kinte’s mother. Or maybe those roles happen because you radiate venerability.“

If you want to think about your life and how you live it, take a look at Scott H. Young’s blog post Ten Ideas That Have Shaped My Life.

“Ideas are powerful. Arriving at the right time, they can alter the entire direction of your life.

But ideas also hide in the background, acting as assumptions. Quietly influencing your decisions, whether they’re true or false.“

Number 6 — Fear is overcome through exposure — rings true for me. And Number 10 — Happiness is in the pursuit, not the possession — is always a good reminder.

Rest in peace, Hammering Hank, Coach Chaney, Barbara, Frau Blücher, and Cicely Tyson. Like Marcus Haynes said, you will live forever through the lives you so deeply touched; and through lives you never knew you touched.