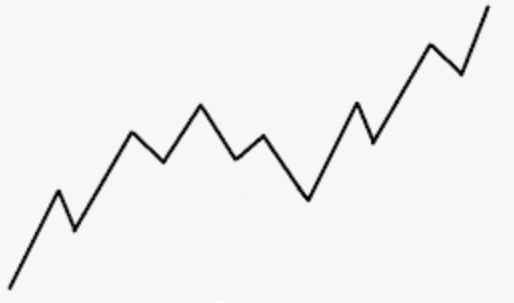 Author, educator, and lawyer Teri Kanefield writes very smart posts about the law, books, and politics on her Teri Kanefield blog.* This morning she posted thoughts on why those who believe in democracy need to educate themselves on what it takes to keep that system of government. To use one of my favorite baseball metaphors, she hits it out of the park.

I’m working on a post that looks at different aspects of our history, but that makes essentially the same point as Kanefield:

“Many liberals and Trump critics have the idea that the United States has always been a liberal democracy — and then along came Trump, pulling the wool over his followers’ eyes and battering our democratic institutions.

In fact, America didn’t start to move toward a true liberal democracy until Brown v. Board, the 1954 Supreme Court case that declared racial segregation unconstitutional. Brown sparked the modern Civil Rights Movement, which in turn gave rise to the women’s rights movement. Liberals cheered these changes. Many did not.

Trump is riding the backlash from those changes.

For most of U.S. history, Americans lived in a hierarchy. Think of slavery, Jim Crow, and women’s place in the home. Until the modern Civil Rights movement, what we now call voter suppression was legal. For most of our history, only white men voted.

Kanefield’s entire post builds on the “what you know that just ain’t so” point of view of American history…but she aims her fire for those who believe in democracy. As she says so eloquently, what many see as an arc of history that is always rising, is instead, as illustrated above, a much more “two steps forward, one step back” arc.

Just go read her post. And if you are worried about the peaceful transfer of power next January, I also recommend her take on that issue in The Strongman Con.

Kanefield’s writing ties in well with what journalist and social critic Lewis Lapham wrote back in 1990:

“If the American system of government at present seems so patently at odds with its constitutional hopes and purposes, it is not because the practice of democracy no longer serves the interests of the presiding oligarchy (which it never did), but because the promise of democracy no longer inspires or exalts the citizenry lucky enough to have been born under its star.  It isn’t so much that liberty stands at bay but, rather, that it has fallen into disuse, regarded as insufficient by both its enemies and its nominal friends.  What is the use of free expression to people so frightened of the future that they prefer the comforts of the authoritative lie?”

*Kanefield notes that for the past few decades, “I’ve mostly written for two audiences: Appellate justices and young readers (middle to high school). Most recently I’ve written political and legal commentary for NBC Think Blog, CNN, Slate Magazine…and  a six-book series of biographies (middle grade)….Writing for young readers is much like writing for appellate justices. I know that sounds a joke, but appellate justices want everything broken down and digestible. I won’t carry the comparison too far: Ninth graders are usually more open minded than appellate justices, and a lot more fun.“

The intimate and melodic mandolin stylings of John&nbsp...

History has its eyes on us

The past and future of historic houses of worship

The moral potential of surprise

The continuing fight for the soul of America

I love the pithy proverb – Volume 5

It is never too late to change the future

“Tell me, what is it you plan to do with your one wild and precious life?”