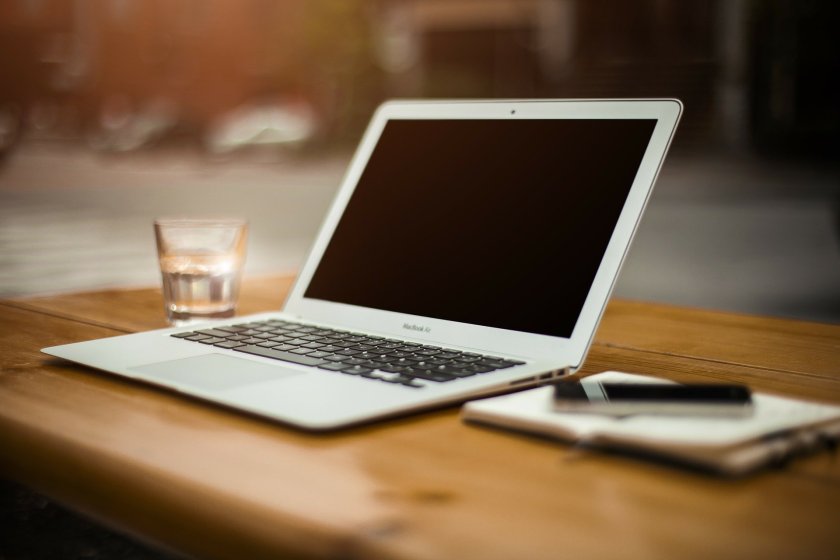 Take any old laptop, add a legally blind store owner, conveniently forget to save security camera tape from the store before it is erased, throw in some Russian disinformation, turn to Rudy Giuliani and Rupert Murdoch — two titans of misinformation — to sell your story and “boom,” just like that you have a faux scandal!

If you are not a regular consumer of the right-wing infotainment networks and watched the last presidential debate, you may be confused about all the talk by Trump of a “laptop from hell” that (allegedly) included emails (again!) and compromising photographs of Joe Biden’s son Hunter, and “proved” that the whole Biden family was corrupt.

Talk about your projection.

Trying to control the flow of information is one of the chief threats to democracy, and in Donald Trump we may not have a master at the art, but it isn’t for lack of trying. Attorney, professor, and author Teri Kanefield writes, “Democracy is based on rule of law, which requires a shared truth (a functioning public sphere). Fascism, to thrive, must destroy the common factuality so that myth can take hold.”

The fake Hunter Biden laptop scandal is just the latest in a long list of attempts by Donald Trump and his enablers to destroy a shared truth and create a false myth. Trump has been conning people with lies his entire life. But you know you may have lost your touch on that front when even Fox News refused to run the initial story on the Hunter Biden laptop. In a Mediaite report, Chris Wallace of Fox called the story “suspicious” and said, “I can understand the concern about this story. It is completely unverified and frankly, Rudy Giuliani is not the most reliable source anymore. I hate to say that, but it’s just true.”

Let’s go back and remind ourselves of what we know about this case, as verified by multiple real news outlets.

Last year, Donald Trump tried to blackmail the president of Ukraine into making false claims about Hunter Biden in order to discredit his father. Trump got caught, was impeached, and got away with not even a slap on the wrist from Senate Republicans.

If at first you don’t succeed…

When that scheme didn’t work, Trump then turned to Attorney General William Barr, Senate Republicans, and his personal lawyer, Rudy Giuliani for help in digging up dirt on his likely political opponent. Barr — who also acts like Trump’s personal lawyer — tried to go the “reputable” route and spent a great deal of time and our taxpayer money working with U.S. Attorney John Durham who opened up an investigation and flew around the world in an attempt to find someone the broader public would trust who would lend the slightest credence to Trump’s incredible claims. All of Barr’s efforts seem to have come up dry. Durham’s top assistant has resigned and there’s no report worth even a patently false summary (a Barr specialty) before Election Day. Senate Republicans had a similar lack of success. A year of investigations turned up nothing.

But when you’ve stopped worrying about reputable sources, you can “find” just about anything. Ask Rudy.

The “facts” sound like a cartoon version of spycraft

Giuliani has produced a hard drive. As writer Mark Sumner summarizes it, this is “A hard drive supposedly dropped off in Delaware by a man who lived in California, at a shop owned by a vocal Trump supporter, where the security footage was mysteriously wiped, the blind shop owner could not identify the person who dropped it off, there was no name or contact information provided, and no one ever returned for it.” How very convenient.

The timing is interesting…to say the least

Rudy began pitching this story and an article on the laptop first appeared in the Rupert Murdock-owned New York Post last Wednesday. That story ran only after Rudy failed to get Fox’s news division, among others, to run his unverified story. The Post article suggests that an April 17, 2015, email from Hunter Biden arranged for a top executive at a Ukrainian energy firm to meet with the then-vice president when he was in charge of U.S. policy toward Ukraine. Republicans have long tried — without success — to tie the former VP to his son’s business interests. The Post called the email a “smoking gun.” Fact check: It was not. Although the email and acquisition of the laptop allegedly occurred some time ago, the story only dropped three weeks before the election.

The one real email hints that this may be Russian disinformation

The Fox news division was only able to confirm the veracity of one email. The inclusion of one or more “real” emails in a fake story is a tactic used by Russian intelligence operations. The Mediaite story notes that, “According to an Associated Press report, the mixing of legitimate emails with false ones was a tactic used by Russian intelligence operations in the 2017 French election. Leaked emails that were called “utterly mundane” were included to lend credibility to falsified information designed to undermine Emanuel Macron’s reelection bid.”

There’s a lot more, but basically it appears that Rudy (who has shady ties with Russian intelligence) has pulled together a totally bogus story and got his pal Rupert Murdoch to run an article at the Post. With the article now in the media, the news division at Fox could report on it and the opinion hosts at Fox — like Tucker Carlson and Sean Hannity — could opine away at great length. Fox can now ask Republicans to comment on it. The Post, of course, reports on the comments their story is getting on Fox. Trump retweets it and brings it up at the debate as if he’s talking about real news. A Trump campaign official will rail at PBS news hosts about why reputable news organizations won’t take this story seriously. While Donald Trump tries to create a myth that supports his strange world view, Vladimir Putin laughs.

History tells us that fake news and disinformation are long-standing American traditions. “Fake news has existed as long as American journalism has been around,” notes Jacob Soll, a professor of history at University of Southern California.

One of the best known examples came from Cuba. When I visited the country in 2001, I wanted to make sure I visited the Havana harbor, to see where the USS Maine exploded. A massive explosion of unknown origin sunk the battleship on February 15, 1898, killing 260 of the fewer than 400 American crew members aboard. An official U.S. Naval Court of Inquiry ruled in March that the ship was blown up by a mine, without directly placing the blame on Spain. But that’s when William Randolph Hearst went to work. As the Atlantic noted,

“Hearst built a media empire out of tabloids in the Gilded Age. ‘The 19th century saw the birth of the journalism baron. That’s why Hearst has Hearst Castle in California—he made that kind of money.’ Hearst, who helped instigate the Spanish-American War by publishing false stories about Spain’s persecution of the Cuban people, famously told a correspondent in Cuba, ‘You furnish the pictures, I’ll furnish the war.’”

History.com picks up the story from there.

“Within three months, the United States had decisively defeated Spanish forces on land and sea, and in August an armistice halted the fighting. On December 12, 1898, the Treaty of Paris was signed between the United States and Spain, officially ending the Spanish-American War and granting the United States its first overseas empire with the ceding of such former Spanish possessions as Puerto Rico, Guam, and the Philippines.

In 1976, a team of American naval investigators concluded that the Maine explosion was likely caused by a fire that ignited its ammunition stocks, not by a Spanish mine or act of sabotage.”

It isn’t a coincidence that one of the most famous episodes of misinformation led to the United States moving aggressively into its stage of empire. Our history with places like Puerto Rico remains very troubled in large part because we do not treat the island’s residents as full citizens of our democracy. Controlling the flow of misinformation has huge consequences that can last centuries. If we want to work toward justice and a more democratic government, we need to push for the rule of law and a shared truth.

(NOTE: During October, I am writing articles on how history and the places where history happened can help us understand the issues we are facing as a country and a democracy. Besides this story of misinformation, you can find posts on sexism and a woman’s right to vote, wrongful imprisonment and racial violence, religious liberty, voter suppression, and revealed history, in addition to a book review on how democracies die, by clicking on the links.)