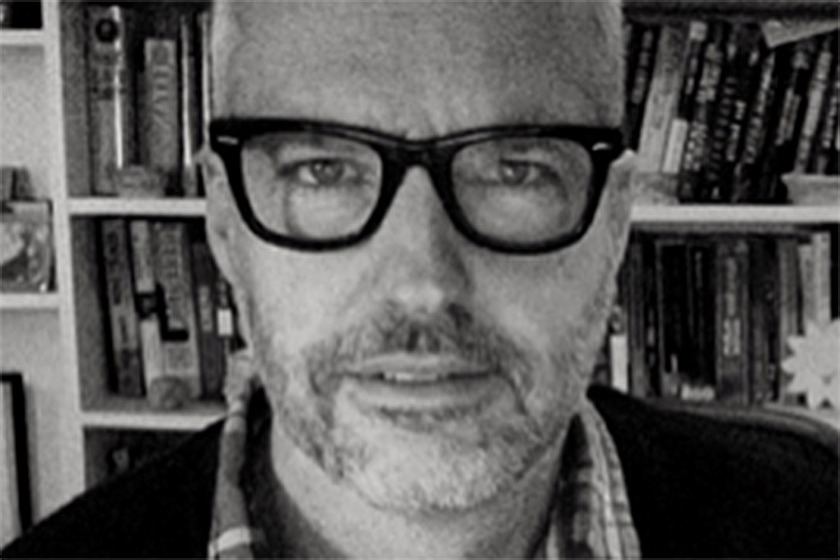 I never met Eric Boehlert, the journalist and renowned media critic who died in a tragic bicycle accident last Monday evening after being hit by a New Jersey transit train. But as a regular reader of Press Run, I knew — when the news came — that the country had lost a staunch defender of freedom and democracy who also happened to have great music sensibilities and a fun, fair outlook on life.

Boehlert — who wrote about music and the music industry for Rolling Stone and Billboard before beginning a career in political journalism with five years as a staff writer at Salon, followed by 10 years as a senior fellow at Media Matters for America — was a “fierce and fearless defender of journalism” according to his wife, Tracy Breslin. Journalist Soledad O’Brien wrote that Boehlert’s death was “A terrible loss. We’ve lost an awesome human being, handsome/cool/witty dude who kicked ass on our behalf.” She added that he had a “crazy devotion to facts, context and good reporting,” who was an “enemy of BS, fake news.”

His final piece for Press Run — Why is the press rooting against Biden? — is typical. It is brilliant: on point and full of key facts that showcase how broken our media coverage of politics has become. As always, he leads with an admonition to stay healthy and be kind, followed by his main story.

Like clockwork, the first Friday of the month brought another blockbuster jobs report. The U.S. economy under President Joe Biden added another 400,000-plus new jobs in March, it was announced last week.

Biden is currently on pace, during his first two full years in office, to oversee the creation of 10 million new jobs and an unemployment rate tumbling all the way down to 3 percent. That would be an unprecedented accomplishment in U.S. history. Context: In four years in office, Trump lost three million jobs, the worst record since Herbert Hoover.

Yet the press shrugs off the good news, determined to keep Biden pinned down. “The reality is that one strong jobs report does not snap the administration out of its current circumstances,” Politico stressed Friday afternoon. How about 11 straight strong job reports, would that do the trick? Because the U.S. economy under Biden has been adding more than 400,000 jobs per month for 11 straight months.

The glaring disconnect between reality and how the press depicts White House accomplishments means a key question lingers: Why is the press rooting against Biden? Is the press either hoping for a Trump return to the White House, or at least committed to keeping Biden down so the 2024 rematch will be close and ‘entertaining’ for the press to cover? Is that why the Ginni Thomas insurrection story was politely marched off the stage after just a few days of coverage last week by the same news outlets that are now in year three of their dogged Hunter Biden reporting? (“ABC This Week” included 19 references to Hunter Biden yesterday.)

Boehlert notes that the press is obsessed with the story about inflation, and bends over backwards to take good news from the administration and make it seem terrible.

The home-run report itself was often depicted as a mixed bag. These were some of the glass-half-empty headlines that appeared in the wake of the latest runaway numbers:

• “America’s Job Market Is On Fire. Here’s Why It Doesn’t Feel Like It” (CNN)

• “Why a Great Jobs Report Can’t Save Joe Biden” (CNN)

Totally normal journalism, right? The president announces another blockbuster jobs report and the press presents it as borderline bad news.

Here’s how he ends his final piece, posted on the day of his death.

Virtually all the Beltway coverage today agrees on this central point: When it comes to the economy, Biden’s approval rating is taking a hit because Americans are freaked out by inflation. But maybe it’s taking a hit because Americans are under the false impression that jobs are disappearing. Voters don’t know what they don’t know because the press isn’t interested in telling them about record job success and an economy that’s years ahead of where experts thought it would be coming out of a global pandemic.

Last week, they hit Biden with 14 separate questions at a press briefing over the supposed “gaffe” he made, expressing his moral outrage over the mass killings Russian President Vladimir Putin has unleashed in Ukraine. So focused on trying to trip up Biden, the press didn’t ask a single question about the state of the Ukraine war.

And remember all winter how the press treated Covid as the most important “crisis” Biden faced and hung the pandemic around his neck? Today, the topic has vanished, the press has given the White House no credit for steering the country back to normalcy, and instead has latched onto gas prices as being a defining issue under Biden. The buried Covid coverage represents a telling example of how an issue that the press itself claimed would define the Biden administration gets translated into no news when it turns towards positive territory.

The Beltway press needs to take its thumb off the Biden scale.

The Beltway press could undertake no better tribute to Boehlert’s work than to take his criticisms to heart and change their focus.

I also liked to read Press Run because each newsletter followed the main story with a short piece entitled Good Stuff — the April 4th edition focused on yet another Republican losing a defamation suit against the media — and then ended with my favorite section: Fun Stuff — Because we all need a break. I’ll leave you with his final musical offering:

It’s been 16 years since LA’s RHCP recorded with the band’s early ‘90’s guitarist John Frusciante. The results, thanks to his signature slide work, sound like the clock never stopped. Especially when the song takes flight at the 1:35 mark.

Do yourself a favor. Set aside some time and look through the recent stories on Press Run. Here are some of my favorites:

Rest in peace, Eric Boehlert. Your voice in these mixed-up times will be deeply missed.

And here is another musical memory, posted by Charles Pierce in his remembrance in Esquire.

This is a special edition of Weekly Reader, which regularly features links to recent articles, blog posts, or books that grabbed my interest or tickled my fancy. I hope you find something that makes you laugh, think, or cry.