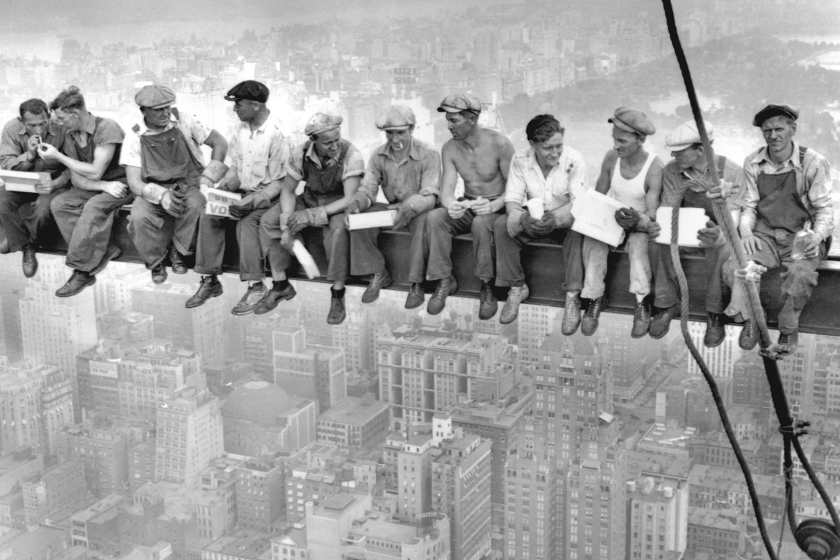 A short quiz for your reading pleasure about labor, the Labor Day holiday, and other assorted items currently in the news. Scroll to the bottom for the answers.

Question #1: Which U.S. Secretary of Labor was also the first female member of the cabinet?

Question #2: What major disaster led to a changing of labor laws in the early 20th century?

Question #4: When and where was the observance of Labor Day started?

Question #6: Which Secretary of Labor is also a saint in the Episcopal Church?

Question #7: The U.S. Department of Labor was created on my birthday, March 4th, in the last hours of this president’s term. Who was the president that created the Labor Department?

And now, for two bonus questions dealing with recent events.

Bonus Question: A recent op-ed in a major paper suggested that the classified documents obtained during the search of Mar-a-Lago as shown in the Department of Justice’s explosive photo were just props, because stacks of paper make Trump feel important. Who undercut that argument before the day was out?

Bonus Extra-Credit Question: Who said the following about the former president?

Donald Trump is a demagogue and a con man. He’s a bully who can never unite America. A race-baiting, xenophobic bigot. He’s a narcissist at a level the country has never seen before. A pathological liar who is utterly amoral. He’s a terrible human being whose statements are simply indefensible and disgusting. His behavior is atrocious and his actions are totally wrong.

A. President Joe Biden in last Thursday’s prime time speech about the threat to democracy; B. Melania Trump; C. Roy Cohn; D. Current Republican members of the U.S. House of Representatives and the U.S. Senate.

The driving force behind the Social Security Act was FDR’s Secretary of Labor, Frances Perkins, the first woman to hold a position in the U.S. Cabinet and still the record holder for having the longest tenure in that job. She lasted from 1933 to 1945. While Chao and Solis did hold the position of Labor Secretary, they came many decades after Perkins. Albright was the first female Secretary of State.

Shirtwaists, the fashion a la mode (at the turn of the century), were cotton blouses, requiring no corset or hoops. The demand for the Triangle shirtwaists among working women in New York and beyond was enormous. In the factory, the foremen did everything they could to keep the women sewing to prevent “the interruption of work.”

But a horrible fire there on March 25, 1911, killed 146 people — at least 125 of them were immigrant women. Some as young as 15, these seamstresses worked seven days a week, in 13-hour shifts with only a 30-minute lunch period, all for a paltry $6 a week. More than 350,000 people marched in the funeral procession for the Triangle victims. In the next couple of years, New York passed dozens of laws to address the issues that led to the fire. “Many of these reforms — all proposed to protect the health and safety of the American worker — were swept into federal law during the New Deal. “

While Henry Ford, rather than unions, sometimes gets credit for creating the eight-hour workday and the 40-hour work week, Politifact shows that labor unions were working on this issue long before the establishment of the Ford Motor Company. Theodore Roosevelt was a progressive for his time, but…

It took President Franklin D. Roosevelt’s signing of the Fair Labor Standards Act in 1938 for all workers to see limits on working hours — initially 44 hours a week, then phased to 42 and eventually 40 by 1940. “When the FLSA was passed in 1938, Saturday working hours were still common. … Saturday noon was the most frequent ‘payday’ time.”

Given this history, (Henry) Ford is best described as an early adopter of today’s familiar working hours.

And by the way, Jeff Bezos is working overtime to end all of those things (e.g., the weekend, forty-hour work weeks) for American laborers. This is what happens when you put the oligarchs in charge.

Before it was a federal holiday, Labor Day was recognized by labor activists and individual states. After municipal ordinances were passed in 1885 and 1886, a movement developed to secure state legislation. New York was the first state to introduce a bill, but Oregon was the first to pass a law recognizing Labor Day, on February 21, 1887. During 1887, four more states — Colorado, Massachusetts, New Jersey and New York — passed laws creating a Labor Day holiday. By the end of the decade Connecticut, Nebraska and Pennsylvania had followed suit. By 1894, 23 more states had adopted the holiday, and on June 28, 1894, Congress passed an act making the first Monday in September of each year a legal holiday.

Pullman is a remarkably intact industrial town of historic buildings and landscapes. Located 13 miles south of downtown Chicago, it was built by industrialist George Pullman and through all the change that has taken place in this small community, it stands today as representative of the heart of the American Labor movement. President Obama designated it as a National Monument in 2015.

Strikes that began in Pullman in 1893 and spread across the country led — in the long arc of history — to the establishment of Labor Day, a 40-hour work week, the weekend, overtime pay, safe workplace conditions, and the right to organize for higher wages and better opportunities. The first African American Union — the Brotherhood of Sleeping Car Porters — had ties to Pullman. The men and women who worked and labored in Pullman — white and black — helped create the American middle class.

Yes, not only was Frances Perkins the first woman to serve in the U.S. Cabinet, but she is also a saint in the Episcopal Church, which celebrates the feast of Frances Perkins, Public Servant and Prophetic Witness, on May 13.

A biographical note about Perkins appears with the proper for this feast in Holy Women, Holy Men: Celebrating the Saints (Church Publishing, 2010). This brief note mentions that Perkins depended on “her faith, her life of prayer, and the guidance of her church for the support she needed to assist the United States and its leadership to face the enormous problems” then challenging the country. While Secretary of Labor, Perkins made a monthly retreat at an Episcopal convent.

Pauli Murray is also an Episcopal saint, but she never served as Secretary of Labor.

President William Howard Taft signed the act creating the U.S. Department of Labor in his final hours as president on March 4, 1913. For much of the nation’s history, March 4th — which is my birthday — was also inauguration day. With the passage of the 20th amendment in 1933, the date was moved to January 20th.

Trump supporters are desperately trying to find a way to spin his theft, and subsequent hiding, of classified documents from the U.S. government, so they have said and written all sorts of malarky. Historian Heather Cox Richardson wrote in her Letter from an American that she was “going to do the author of that piece a favor and not link to it in the notes.”

Shortly afterward, Trump tore the ground out from under that argument — and most of the others his supporters were trying to make — by posting a complaint on his Truth Social network about the FBI photo documenting the stolen classified documents. “There seems to be confusion as to the ‘picture’ where documents were sloppily thrown on the floor and then released photographically for the world to see, as if that’s what the FBI found when they broke into my home. Wrong! They took them out of cartons and spread them around on the carpet….”

Lawyers point out that this is an admission that he had the documents and knew it.

None of those things about the former president came from President Joe Biden’s speech on Thursday evening. Those are the statements of Republicans in the House and Senate, who are now engaged in heavy-duty pearl clutching and pulling out the fainting couches to show how they take deep, deep umbrage at Biden pointing out a threat they recognized five years ago.

For additional More to Come posts about Labor Day, see: