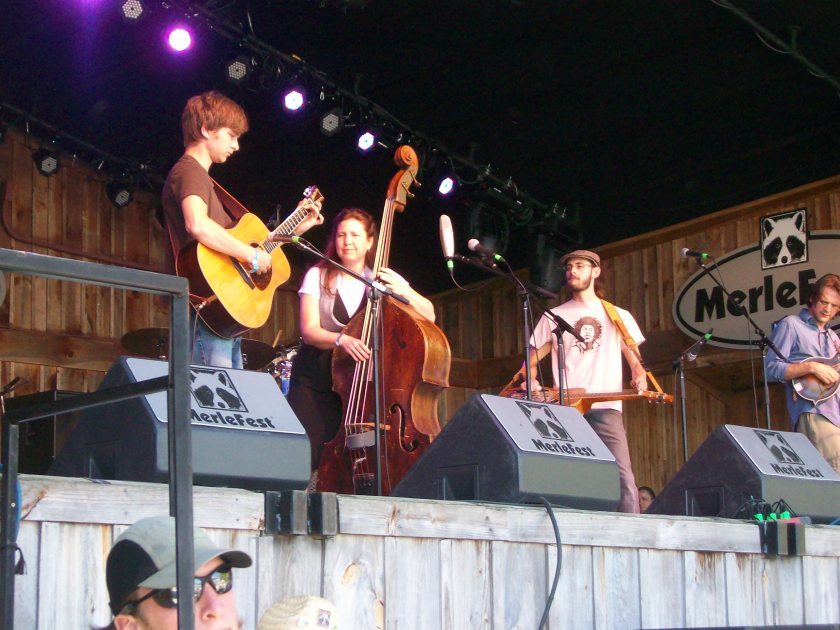 I know that when I travel to MerleFest, I’d better take along some spending money for CDs.  The MerleFest Mall includes what I’ve heard described as “the world’s best Americana music store” and I wouldn’t disagree.

This year’s store was sponsored by Compass Records, which was appropriate since so many of their artists were playing at the festival.  Compass is a label that over the past 10-12 years has grown to be one of the best in Americana and roots music.  Their website tells the background story:

“Co-founded in 1994 by musicians Alison Brown and Garry West, Compass is a new breed of roots-music label: eclectic, sophisticated, and artist-friendly. Called “one of the greatest independent labels of the last decade” by Billboard Magazine, Compass Records has provided a thriving haven of creativity for artists and a reliable beacon of quality for music fans. Its 2006 acquisition of the Green Linnet catalog and the 2008 acquisition of the seminal Mulligan Records label has made Compass the place to go for Celtic and roots music.“

Brown is one of the most innovative banjo players on the scene today, who just happens to have an undergraduate degree from Harvard and a MBA from UCLA.  She put that education to work in founding Compass Records, and has assembled one of the most creative group of artists of any independent label today.

Many of those artists were at MerleFest, and a number were promoting new CDs.  Missy Raines and the New Hip were my favorite act on Sunday (see photo above), and they included another Compass artist, Matt Flinner, on mandolin.  Bearfoot, a new young band from Alaska, was also all over MerleFest.

Over the next week or so, I’ll post reviews of a few of the new albums from Compass.  They deserve a listen.  But until then, check out this promo video from Alison Brown and her 2008 release The Company You Keep.  I like the line from her husband/business partner when he says, “Alison Brown music, to me, is where bluegrass music goes to play with its Celtic, jazz, and American folk song friends.”  That’s a perfect description.  Enjoy.