Examining the earthquake damage at the Washington National Cathedral

When she was in the fourth grade, my daughter Claire – in response to the question “What Does Your Father Do?” – told her class that I “signed papers and went to meetings.”

Today was not that kind of day.

With two colleagues from the National Trust for Historic Preservation, I joined officials from the Washington National Cathedral on a glorious fall morning to see first hand the extent of the damage from the August 23, 2011 earthquake that hit the east coast.  We were visiting the cathedral as part of ongoing conversations about the restoration and preservation needs of this national landmark.

The cathedral’s website has a gallery of amazing photographs that document the damage – from just after the quake until the present.  I encourage you to view it and more importantly make a donation to help rebuild this unique place.

On our tour, we viewed the damage from outside the building (including the cracks in the flying buttresses at the historic end of the cathedral), and then traveled up to the very top of the central tower.  There we were at the center of the worst damage to the building, where the beautiful pinnacles – weighing several thousand pounds each – had shifted and in one instance fell during the quake.  We saw how the engineers and stone masons have secured the stonework in preparation for the reopening of the building this weekend for the consecration of a new bishop of Washington, The Rev. Dr. Mariann Edgar Budde.

The best description I have heard as to why the damage occurred at the towers is to think of the quake’s impact like the snapping of a whip.  The end of the whip – or the top of the tower – is where the greatest movement takes place.

For readers interested in earthquakes and why one would happen in the eastern United States, I recommend Simon Winchester’s A Crack in the Edge of the World.  Winchester’s account of the 1906 San Francisco earthquake contains a chapter entitled From Plate to Shining Plate that describes the magnitude 7.0 Charleston quake of 1886, explaining why cities in the middle of the North American Plate are still susceptible to the movement of the earth.  It is a fascinating tale (made all the more so as I head out to Charleston tomorrow morning).

So without further ado, here’s my photo update of the ongoing stabilization of the Washington National Cathedral some two months and a few days after that moment in August when the earth moved – and so did a bit of heaven. 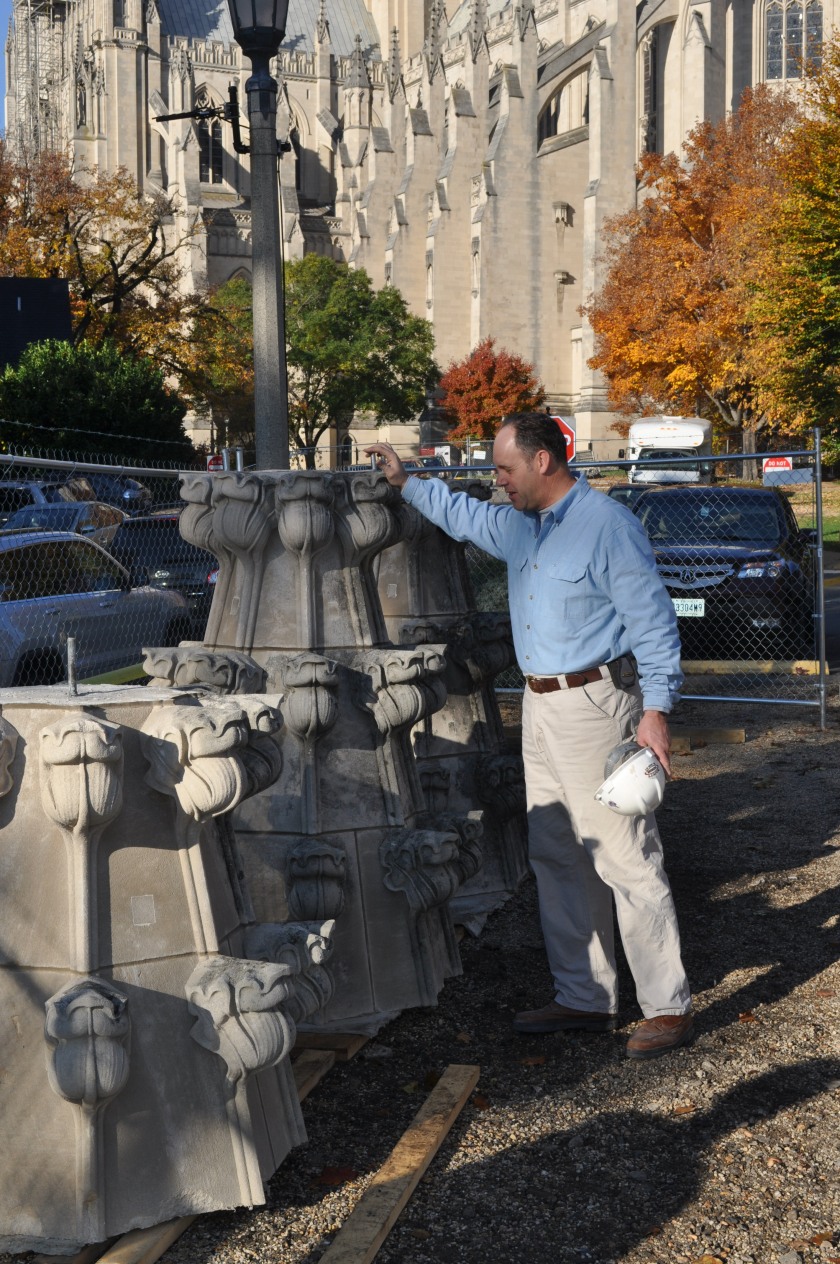 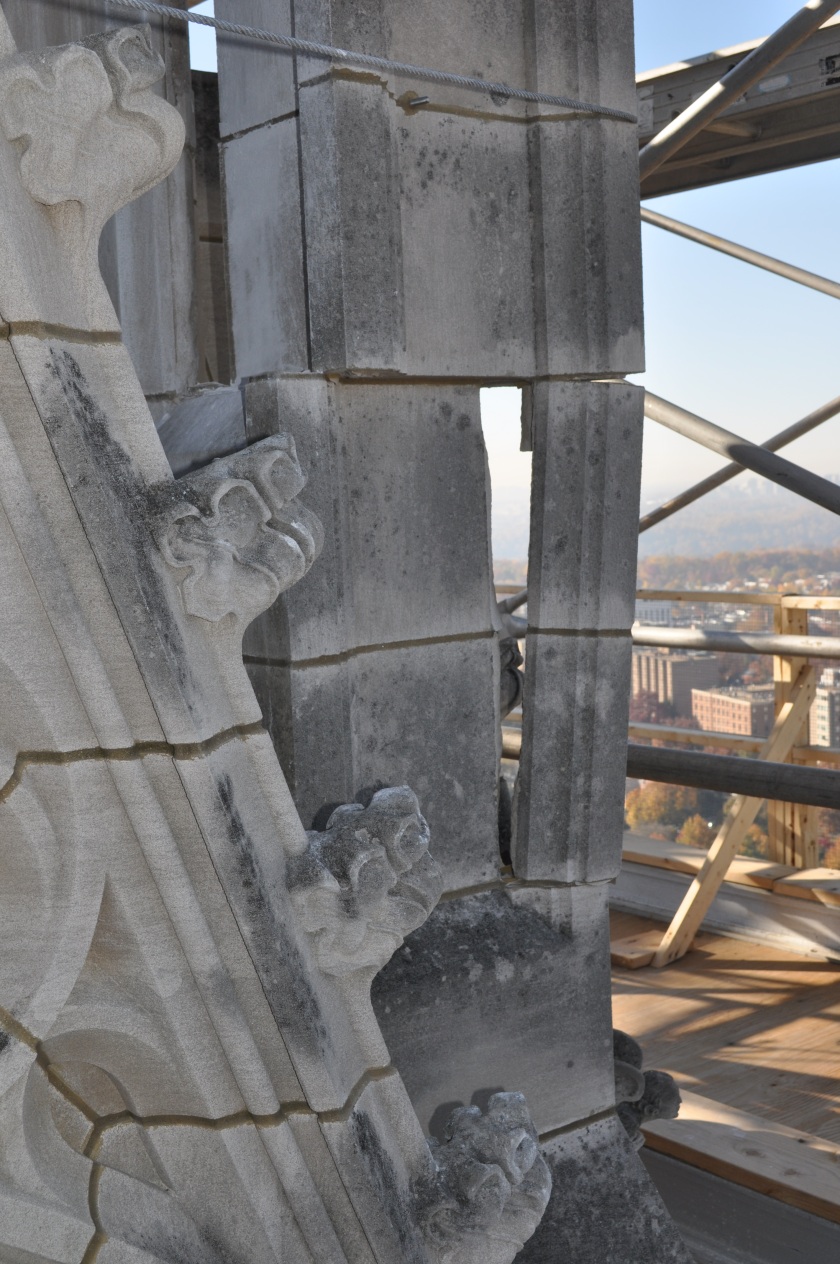 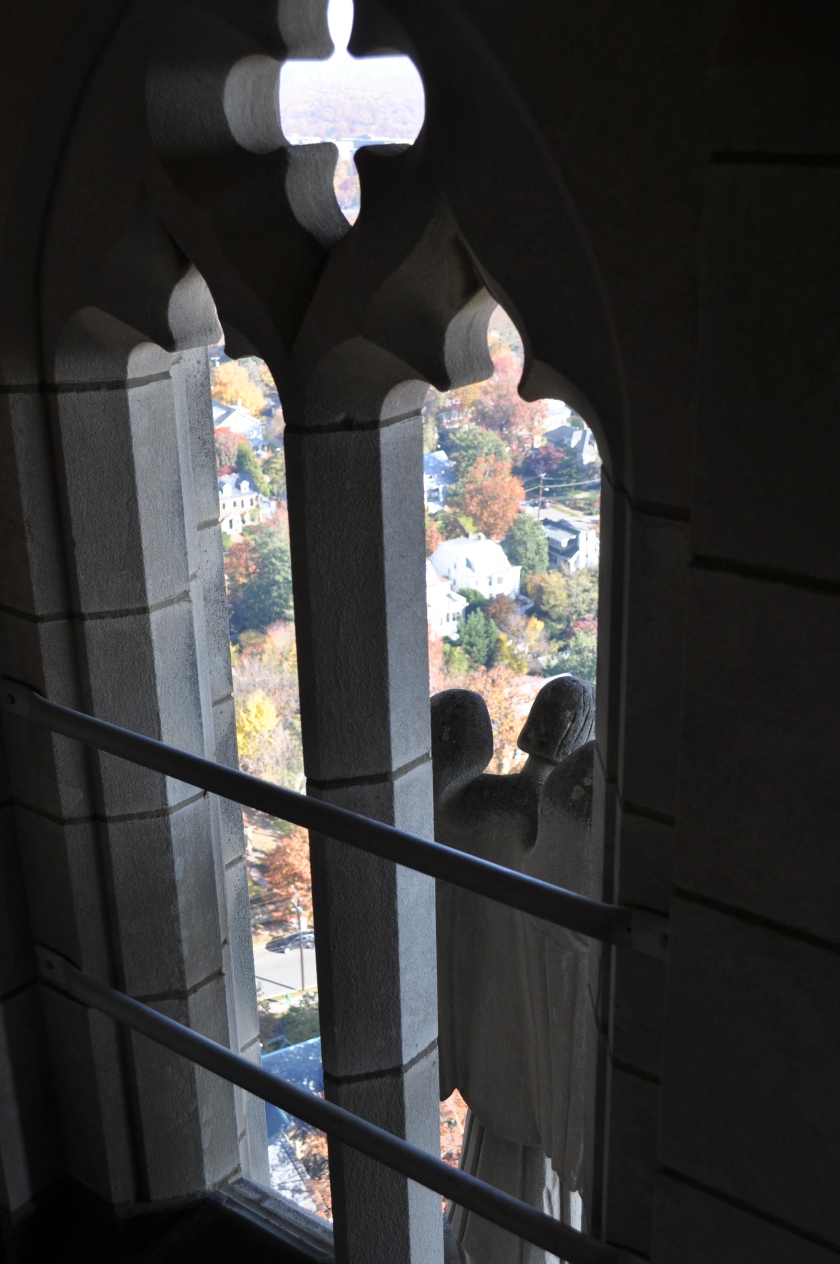