The New Jim Crow: Mass Incarceration in the Age of Colorblindness by Michelle Alexander

Last week, President Obama named the A.G. Gaston Motel (a National Trust National Treasure), the 16th Street Baptist Church (site of a bomb attack in 1963 that killed four young girls), and other places near them as part of the new Birmingham Civil Rights National Monument.  Made on the eve of celebrating the Martin Luther King, Jr. holiday, the president’s designation was a good reminder of the importance of why we protect places that tell difficult stories from our past.

A few weeks ago I finished reading a powerful book that harkened back to the work and writings of The Rev. Dr. Martin Luther King, Jr.  Michelle Alexander’s The New Jim Crow:  Mass Incarceration in the Age of Colorblindness is a work that demands a response from the reader and is not easily dismissed.

In the book’s foreword, Cornel West alludes to the link between Alexander’s work and Dr. King’s core beliefs.  King called for us to be “lovestruck with each other, not colorblind toward each other. To be lovestruck is to care, to have deep compassion, and to be concerned for each and every individual, including the poor and vulnerable.”  It is the work of King for the poor and vulnerable in places like Alabama that led President Obama to designate this new National Monument.

Michelle Alexander’s last chapter is inspired by the writing of James Baldwin.  Coincidentally, the Washington Post recently included Baldwin’s writing in an article about a new Memorial to Peace and Justice.  Better known by its common name of the national lynching memorial, this place has been envisioned by the Equal Justice Initiative (EJI), founded by Bryan Stevenson, who also is its executive director and spoke at our PastForward 2015 conference.  That piece in the Post includes this powerful line from an unfinished book by James Baldwin:

When we talk about sharing the broad story of the American experience, not all of it will be positive, yet all of it informs our present.  That line from Baldwin is a powerful reminder to us. We can help shape a better future, but we cannot change anything – in our personal lives as well as in our national experience – unless it is first faced.

As we give thanksgiving for the life and work of Dr. Martin Luther King, Jr., we are well served to keep Baldwin’s admonition in mind. 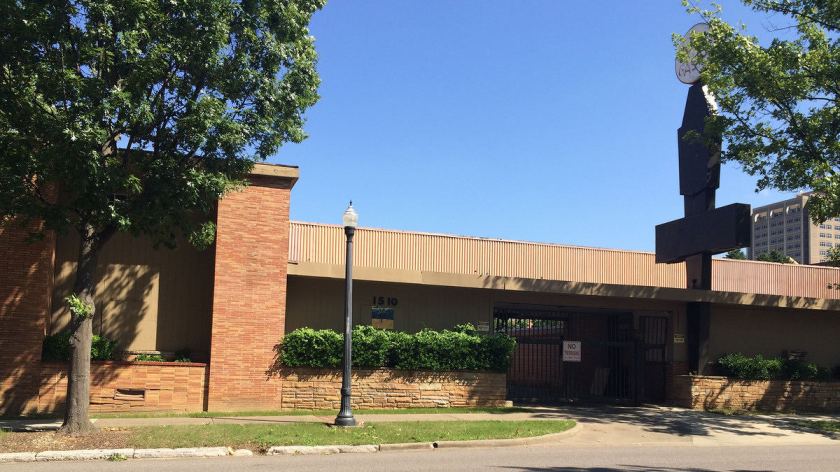