The Invention of Nature by Andrea Wulf

How we look at the things around us—our mental viewing of the interrelation of a specific subject or its parts—is critical to shaping our point of view.  I just finished a fascinating book, Andrea Wulf’s The Invention of Nature:  Alexander von Humboldt’s New World, that tells the story of how one visionary and now oft-forgotten German naturalist changed the way we see the natural world.  His perspective was radically different than his scientific contemporaries of the late 18th and early 19th century because he conceived of nature as a complex and interconnected global force.  A force that did not exist for humans alone. He came to this conclusion after extensive and exhaustive research, observation, travel, and scholarship before he reached the age of 33.

Alexander von Humboldt’s visit to the inactive volcano Chimborazo in the Andes, made during a five-year journey to South America at the beginning of the 19th century, led him to take all this knowledge and this new point of view and express it in one drawing:  his Naturgemälde (which Wulf describes as an untranslatable German term than can mean a “painting of nature” but which also implies a sense of unity or wholeness.)  That new perspective—and the scores of books he wrote over his 89 years—led Humboldt to become the most famous scientist of his age, influencing individuals as wide ranging as Goethe, Wordsworth, Thomas Jefferson, Darwin, Thoreau, the artist Ernst Haeckel, and the environmentalists John Muir, and Rachel Carson.  On the 100th anniversary of  his birth in 1869, celebrations were held all across the globe, including in most major U.S. cities. (25,000 gathered in New York City alone and President Grant led the celebration in Philadelphia.) Humboldt is honored with more place names around the world than any other individual in history.  Little did I know until I looked it up that little Humboldt, Tennessee—near my hometown—was named for a German naturalist whose work predated and in many ways envisioned Darwin’s theory of evolution, identified man-made climate change as a serious issue, and called for environmental protection decades before John Muir. 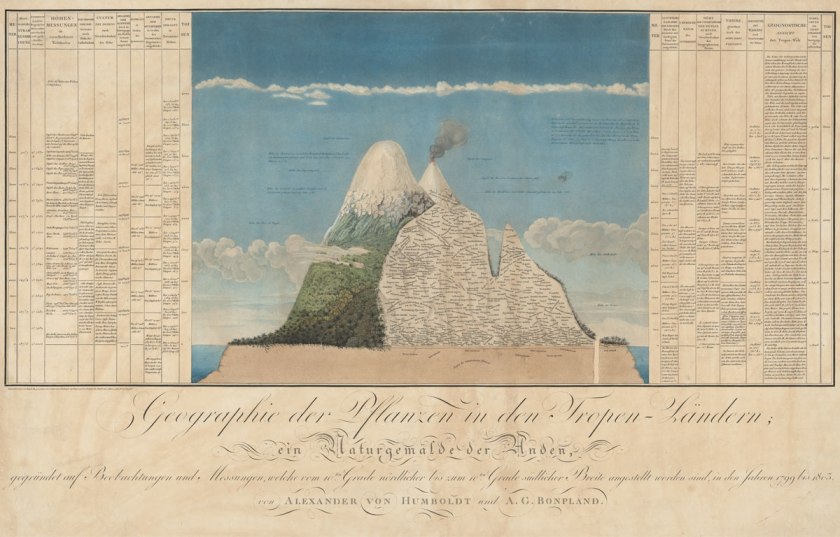 Humboldt embraced observation.  It changed his perspective and he was able to change the world.  When he died, a contemporary called him “the greatest man since the Deluge.”

This story about observation and perspective reminded me of a wonderful line in the Holly Morris film The Babushkas of Chernobyl.  Holly was a TrustLive speaker at our recent PastForward conference in Chicago, where she told the story of these babushkas (or grandmothers) who came back to their homes following the Chernobyl nuclear disaster, and have now outlived their contemporaries who were evacuated.  There is one scene where one of the ladies (and I’m paraphrasing here) said, “When some people come to a puddle, all they see is the puddle.  Others look down and just see themselves.  And others look down and see the sky.”  I love that line.  My perspective is that when you can see beyond the problem (the puddle) or yourself, you can see the world, its connections, and its possibilities.

How we observe our world and how we choose to connect the parts of what we see is so important to every part of our lives.