We all fail.  Even those who go to great lengths to demonstrate that they are always right, never are.

Rather than fear failure, what if we accepted failure’s inevitability yet used the outcomes to our advantage? Marcel Schwantes, Founder and Chief Human Officer at Leadership From the Core, wrote the following to encourage the “practice of failing forward”:

“If you’re the type of person who gives up too soon after failing and you just can’t bounce back from a setback, you’re missing one of the greatest lessons of every successful person: Failing is part of the journey that will lead to success. Accept this fact early on so that when failure comes knocking and tries to scare you away, you stare it down with confidence and embrace it, learn from your mistakes, and try again a different way.”

Schwantes’ comment struck me in two ways.  First, I believe he’s right about learning from setbacks.  It isn’t that we should try to fail, but rather that we should recognize—and build on—the inevitable.  More importantly, this is an attitude that one should try and adopt early in life.  Once you have decades of life experiences, you’ll come to recognize that we all fail and that we should learn from that failure.  But Schwantes is suggesting that we accept this point of view early in life, when we have the most time to take advantage of the lessons learned.  Historian (and National Trust Honorary Trustee) David McCullough has written that when we look back at the nation’s past, failing and learning from that failure has been a very American approach to problem solving.

I was fortunate to learn the value of failing forward early in my professional life.  It was painful at the time, but in retrospect I see how it shaped me going forward. As the executive director of a statewide preservation organization in the late 1980s and early 1990s, I was trying to lead our alliance in a fight against development interests with deep pockets.  Battlefield preservation was a hot topic in Virginia, and developers created a well-funded property rights-based “grassroots” campaign aimed at the General Assembly and designed to weaken preservation protections.  If you drive today from Washington to Culpeper (or Manassas to Brandy Station in Civil War battlefield terms), you will see what has become of a historic cultural landscape and once-beautiful Virginia countryside. The development interests succeeded.  We were outgunned, certainly, but more importantly the coalition I led was out-smarted in terms of tactics and messaging.  Several years later we wanted to go back to the General Assembly to enact a state historic rehabilitation tax credit.  This time our coalition was prepared with a two-year plan, media strategies, targeted messaging, an economic study, better lobbyists, and high-level legislative sponsors.  The bill passed overwhelmingly. Now if you drive through many Virginia cities and towns you can see how some of the approximately 2,400 historic properties rehabilitated since the program’s inception in 1997 are centerpieces of successful revitalization efforts.  I do not know if we would have succeeded in gaining a state tax credit without learning the lessons of the failure of the property rights/battlefield protection campaign. And those lessons about long-term vision and preparation helped me at the Trust as we began work on saving the federal Historic Tax Credits a full five years before an actual tax bill passed Congress.

There are many reasons we may not want to embrace failing forward, with fear and worry sitting right at the top of that list. They are debilitating traits.  To get around that challenge, the software company Intuit has built a learn-by-experimentation culture that encourages failures as pathways to ultimate success.  In fact, they avoid using the word mistakes so that employees won’t fear making them.  In its place, Intuit refers to the unexpected results as surprises. 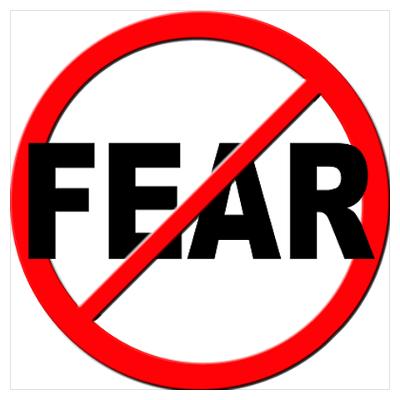 Sometimes old wisdom is the best.  If at first you don’t succeed, follow your grandmother’s advice and “try, try again.”

Saturday Soundtrack: Songs for Jack, Jim, and all of their...

Weekly Reader: What was missing on your 2020 bingo card?

"The problem isn’t those who took Trump at his word from the start. It’s the many, many elected Republicans who took him neither seriously nor literally, but cynically. They have brought this upon themselves — and us."