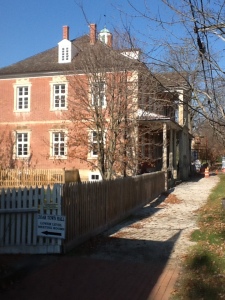 Since I was young, I have been drawn to the 19th century utopian communities that seemed to spring up like wildfire across America.  Rugby, Tennessee, was a place that sparked the preservation interest which would lead to my career. The Shaker Village at Pleasant Hill, Kentucky, has been a community I’ve visited numerous times and have always found fascinating.

So when the National Trust for Historic Preservation listed the Village of Zoar, Ohio, on its 2012 listing of America’s Most Endangered Historic Places and named it one of our National Treasures, I couldn’t wait to make a site visit.

Yesterday I joined colleagues and partners in this small Ohio village founded in 1817 by a group of German religious dissenters.  The Zoar Separatists were persecuted in their native country for refusing to join the state-sanctioned Lutheran Church, and they immigrated to America with the help of English Quakers. Using funds borrowed from the Quakers, they purchased 5,500 acres on the Tuscarawas River (the mayor says you have to visit the town at least 3 times before you get the pronunciation right), and established the Village of Zoar. The village’s name comes from Lot’s biblical refuge (see Genesis 19) following his wife’s unfortunate demise into a pillar of salt after she looked back at Sodom. The residents of Zoar lived in their communal setting from 1817 until the 1898 dissolution of the Society of Separatists.

The current inhabitants of Zoar treasure what remains of the self-described “most successful Utopian community in America.” More than 40 historic buildings in the midst of a beautiful rural setting, the garden that is the centerpiece of the community, and the traditional street layout all come together to transport the visitor to the refuge of the Zoar Separatists. The 200 residents (down from a high of 500 in the 19th century) have worked to restore most of the historic buildings and support the events and tours of the dozen or so museum buildings that are owned by the State of Ohio.

So why, you may asked, is this place endangered?

The problem – as problems always are in utopias – is man-made.  In the 1930s, a large levee was constructed along two sides of the village as part of a regional flood control project. The levee probably protected Zoar from sprawl as well as from the water that was occasionally impounded in the river when floods occurred in the region. Zoar was spared the fate of other nearby communities, which were bought and relocated, because even then it was known as a special place of high historical significance.  For more than 60 years, all worked well.

But a 2005 flood that kept water impounded for more than four weeks resulted in water seepage through the levee, and a subsequent flood had the same result.  The U.S. Army Corps of Engineers began a study to determine how best to deal with the issue. Among the alternatives that were to be studied – move or demolish Zoar.

So a man-made problem that was created because our government had the foresight in the 1930s to recognize the special nature of Zoar now threatened this unique place. Preservationists joined with the townspeople to spring into action, and the National Trust – where I work – elevated the issue beyond Ohio. Our team has been working closely with the Corps staff, state preservationists, the mayor and townspeople, and many others over the past months.  I visited Zoar yesterday to see the work first hand, meet our partners and the key Corps staff, and to continue to raise the issue nationally.

I was encouraged.  Everyone involved knows what the engineers and politicians knew in the 1930s – Zoar is truly a unique National Treasure. The groups around the table are working hard to find the right solution. Everyone wants to do right by Zoar and the vision it represents.  Not only the vision of the Zoar Separatists, but the larger vision of living in a country that welcomes dissenters and allows them to thrive instead of living under the government-imposed sanctions of a king. It was why America attracted immigrants in the 19th century, and why we must continue to welcome immigrants in the 21st if we’re to live up to our ideals. A place like Zoar helps us remember those American values. 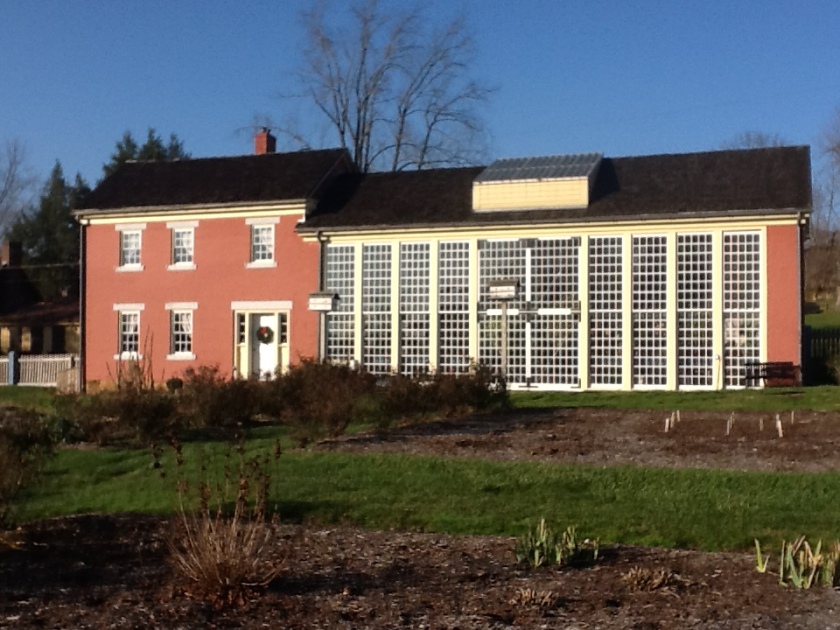