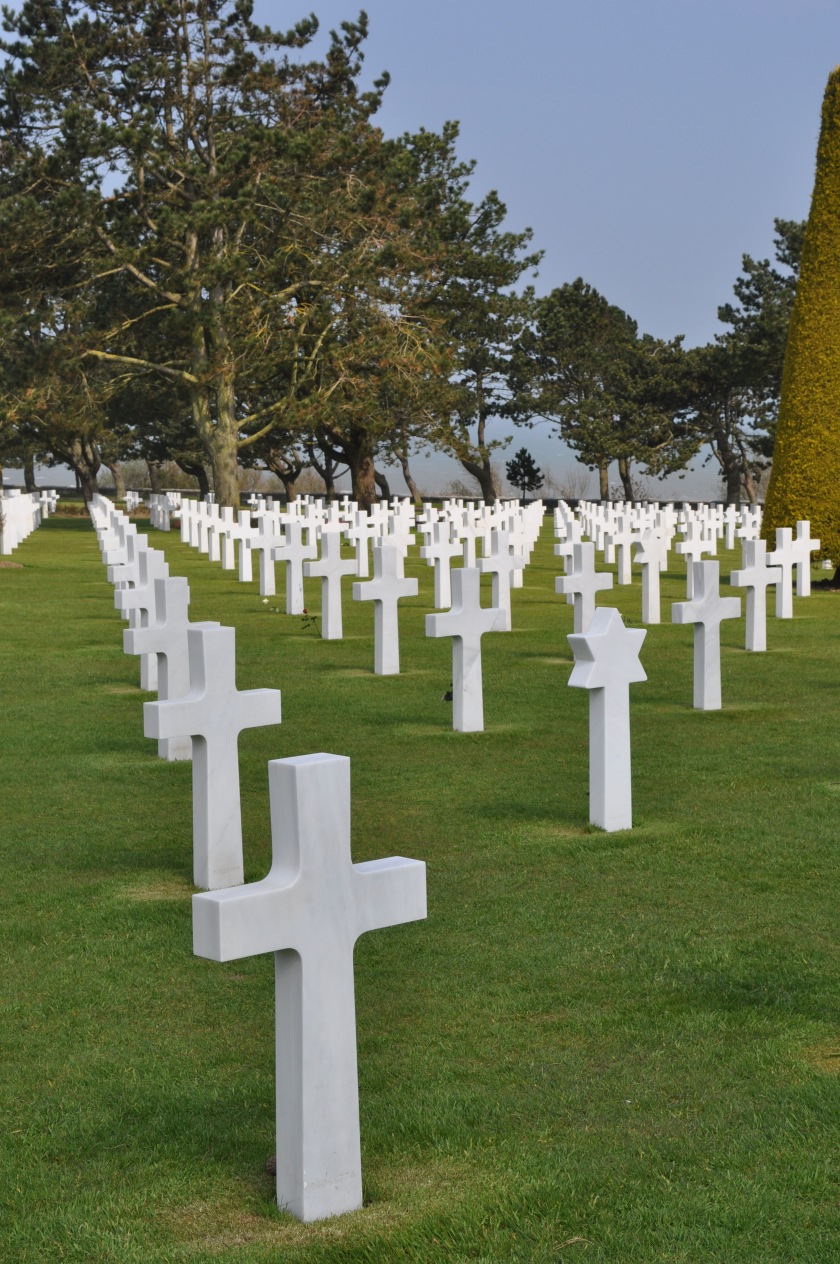 The American Cemetery at Normandy

Our last day touring in Europe was the most emotional. If you don’t cry, you may not have a soul.

We saw Normandy, and the place names from the U.S. that will resonate through history:  Utah Beach, Omaha Beach.

We walked among row after row of headstones at the American cemetery.  Crosses and Star of Davids.  Most with names of men who gave the ultimate sacrifice.  Some whose names are known only to God.

And it was made all the more personal because of a chance encounter last week.  When we were headed out the door to leave on this trip, we saw our 90-year-old next-door neighbor and told him we were going to Europe and would visit Normandy.

“I’ve never been to Normandy,” he said, “but I was flying over it on D-Day, trying to take out a German gun placement.”  We can’t wait to show August the photos of the beaches and,  yes, the craters that remain from the bombs that fell on that day.

Heroes all — and they even live next door.

I’ll have much more to post in the next few days, but I did want to put up at least two photos of the day before I head to bed.

So, the headstones from the American cemetery above.  Omaha beach below.  All to remember the ultimate sacrifice. 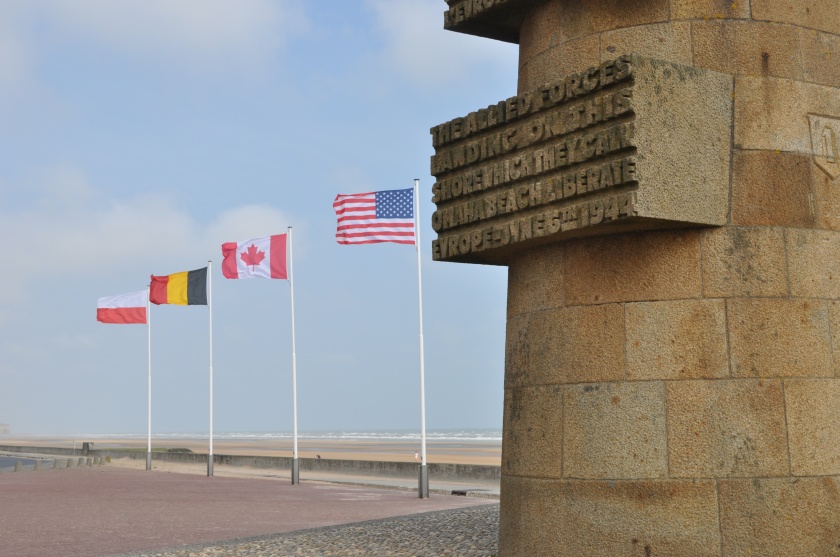