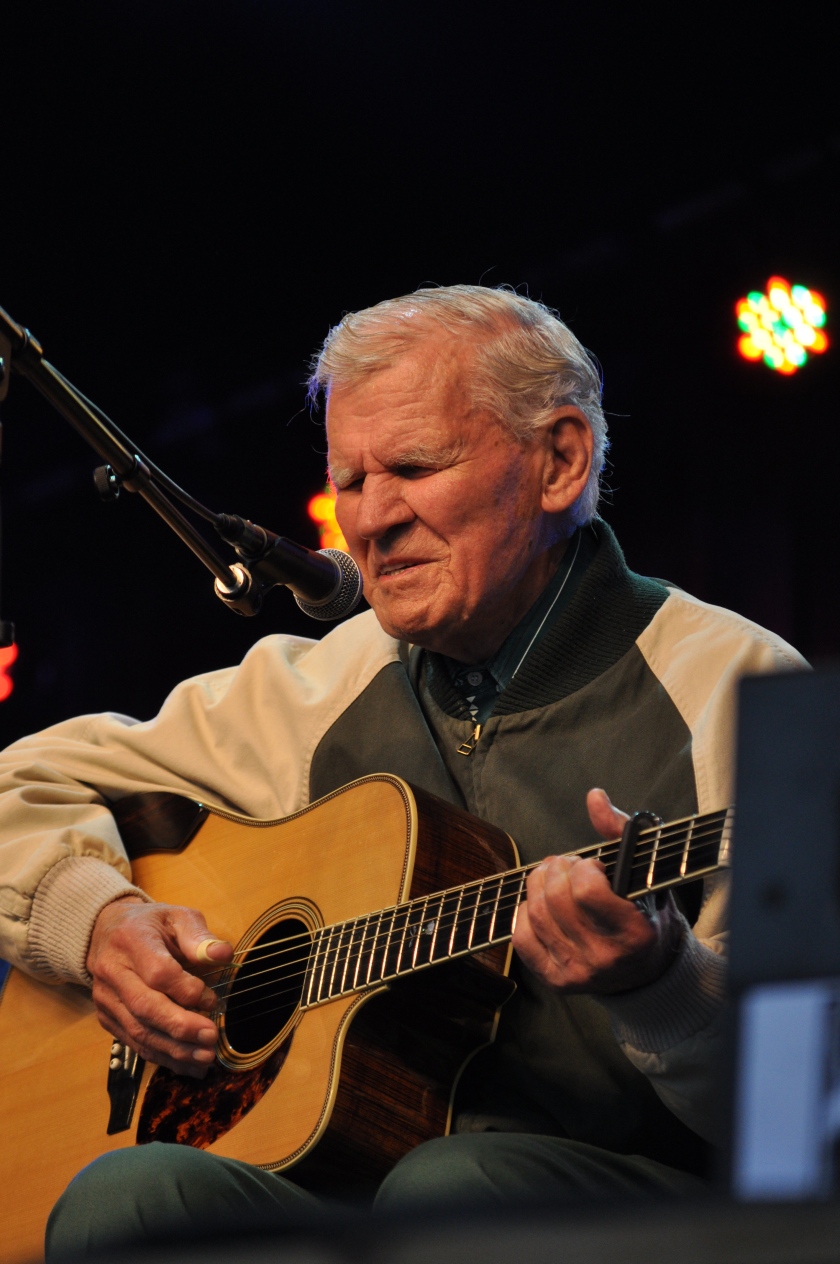 I know when I’ve been inspired by a performer or a piece of music…I change the strings on my guitars. Since hearing a wonderful Tim O’Brien remembrance of the late Doc Watson, I’ve got brand new strings on two of my guitars.  It’s that good.

Friday evenings I’ll often ramble through YouTube videos, starting with a musician I enjoy and seeing where the recommendations take me.  More times than not, I will find a video or two that opens up a new perspective on a well-known performer.  Such was the case last evening.

I’ve always enjoyed Tim O’Brien, seeing him live most recently at this summer’s Red Wing Roots Festival.  But until I heard this video from a 2012 Kennedy Center performance, I didn’t know that Doc was his musical hero — although the news wasn’t much of a shock.  I believe it was Bill Clinton who said — when giving Doc the National Medal of Arts award — that every baby boomer who picked up an acoustic guitar tried, at some point, to emulate Doc’s playing.

In this 13 minute “Talking Doc Watson Deep River Blues,” O’Brien expands on a blog post he wrote for his website all the while playing the signature Delmore Brothers’ Deep River Blues that Doc made his own.  O’Brien — a wonderful songwriter — packs whimsy and wisdom into this story of stopping by Doc’s house a few months before Doc died.  It is another take on Doc’s amazing legacy.

And I totally get the desire to sit down and talk with Doc for an afternoon – a desire that O’Brien acted upon even in the face of a North Carolina snowstorm.  Several years ago, a former colleague (who thankfully was a colleague for only a short period of time), asked me that stupid parlor game question of “Who would you like to have for dinner if you could pick anyone in the world or in history?”  I know the correct answers are ones like Thomas Jefferson, Nelson Mandela, and then you have to throw in an unexpected one that shows how clever and sophisticated you are.  Well, the first name out of my mouth was Doc Watson, because it was true.  She scoffed, but I’m sorry that I never had a chance to talk to Doc and tell him that he was a hero of mine as well.

So pull up a chair and enjoy Tim O’Brien’s remembrance of the day he decided to act and reach out to a musical hero.