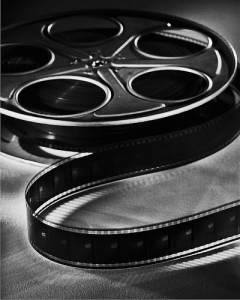 In our quest to see all the Best Picture nominees before the March 2nd Academy Awards show, Candice and I find ourselves well behind our pace of recent years.  We’re going to blame it all on February.  Have I mentioned that I really hate February? Why does this month even exist?

But enough with the excuses…we’ve now seen four of the nine nominees.  I wrote earlier about the first two, so let’s focus on the most recent films we’ve seen.  Both were very satisfying.

Philomena stars the incomparable Judi Dench who – as Philomena Lee – undertakes a search for a son she was forced to give up for adoption some fifty years earlier by the nuns of an Irish convent.  This is a deeply moving true story, that is lovingly filmed.  Steve Coogan, as the journalist Martin Sixsmith who uncovers Philomena’s story, interacts very effectively with Dench on the screen.  I won’t spoil it for those who have not seen the movie, but this is one I strongly recommend.  Philomena is a terrific movie.

Earlier today, Candice and I walked up to AFI’s Silver Theatre (we really love our neighborhood theatre!) to see Nebraska.  Bruce Dern, as the elderly Woody Grant, is in search of what he believes is his $1 million sweepstakes winning pot. His son David (Will Forte), is the only family member who understands the search for what it really is, and after a couple of missteps he agrees to drive Woody to Lincoln, Nebraska, to “collect” the winnings.  June Squibb, as Woody’s long-suffering wife Kate, has some of the funniest – and most hurtful – lines in the movie.  Her response to Woody’s extended family as they try to shake him down is priceless.

Nebraska has so much to recommend it.  The beautiful black-and-white photography captures the bleakness of the Midwestern landscape, and the life of the Grant family. Tin Hat’s haunting acoustic chamber music is so evocative of the sadness and sweetness found in this story. The ensemble acting with Dern, Squibb, Forte, Stacy Keach as Woody’s old business partner, and Bob Odenkirk as Woody’s son Ross, is superb.

The essence of this movie is captured after Woody learns that he hasn’t won the million dollars promised in the magazine sweepstakes letter.  Woody leaves the office of the Nebraska marketing company and David turns to the receptionist to ask if this happens often.  She replies that it does happen on occasion, often with older people like Woody.  She asks is Woody has dementia.  David replies, “No, he just believes what people tell him.”  “Oh, that’s too bad,” replies the receptionist.

And there, dear reader, is one of the horrors of modern life.  We say things all the time that we don’t mean.

But (spoiler alert)  the ending is sweet.  This movie is well worth a viewing.

Now, after four movies, Candice and I have the same rankings in the Best Picture contest:

We hope to see Her tomorrow, at which point we’ll pass the halfway point.  Look for further updates from your unqualified, but enthusiastic, movie reviewer.