Last week I had the privilege of launching the National Trust’s National Treasure campaign for Clayborn Temple, a landmark in the history of the Civil Rights movement.  It was here where Memphis sanitation workers gathered in 1968 and decided to go on strike, marching with their “I Am a Man” signs that became a potent symbol for all that is at stake in the fight for equal justice.  Clayborn Temple was where the leadership of The Rev. Dr. Martin Luther King, Jr. transformed the strike from a local labor dispute into a national issue, effectively tying the sanitation workers’ cause with the national issues of economic justice and racism. It was to Memphis and Clayborn Temple that Dr. King was returning when he was struck down by an assassin’s bullet.

To be in that sacred space with more than 150 Memphis residents, young African American poets and musicians, revered spiritual leaders who walked with the sanitation workers, preservationists of all ages, and current members of the workers’ union was an honor and a reminder of how the story of Clayborn Temple could be ripped from this weekend’s headlines.  We are still addressing the issues those sanitation workers and their supporters faced almost fifty years ago.  Preservation, remember, is not only about the past, but is also about today and the future.

It just so happened that I was reading a new book while traveling to and from Memphis.  Lewis Lapham’s Age of Folly: America Abandons Its Democracy, covering America from the fall of the Berlin Wall to the 2016 election, has much to digest and ponder.  I’ll return to it more fully at some point in the future to explore Lapham’s contention that an acquaintance with history can serve as folly’s antidote.  But one of the opening essays related so closely to what had happened at Clayborn Temple that I quoted from it while in Memphis.

This 1992 essay is entitled Who and What Is American?  In response to the false construction that the American people share a common code of moral behavior and subscribe to identical theories of the true, the good, and the beautiful, Lapham writes,

“What joins the Americans one to another is not a common nationality, language, race, or ancestry (all of which testify to the burdens of the past) but rather their complicity in a shared work of the imagination.  My love of country follows from my love of its freedoms, not from my pride in its fleets or its armies or its gross national product.  Construed as a means and not an end, the Constitution stands as the premise for a narrative rather than a plan for an invasion or a monument.  The narrative was always plural—not one story but many stories….

If we indulge ourselves with evasions and the pleasures of telling lies, we speak to our fears and our weaknesses instead of to our courage and our strength.  We can speak plainly about our differences only if we know and value what we hold in common. (Emphasis mine)” 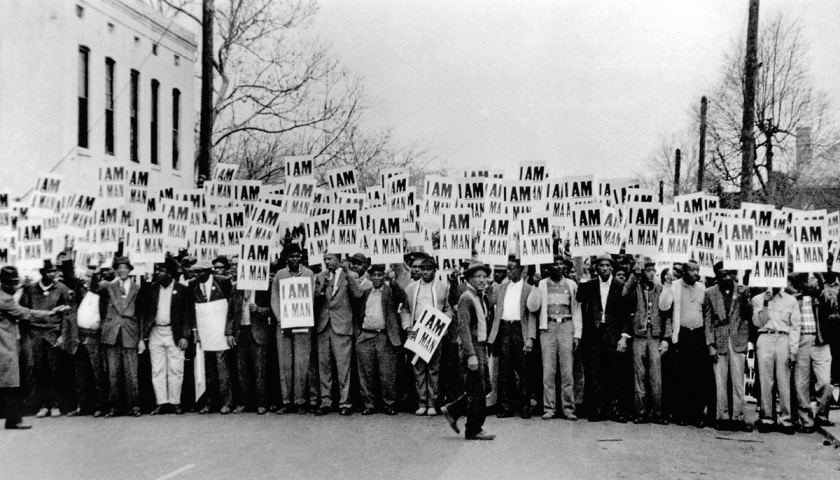 So much of the story at Clayborn Temple points to what it means to be American, and who gets to decide.  When we were there to celebrate that space and its rebirth last week, I felt we were doing the “shared work of the imagination” that is required if we are to ensure that our faith in the republic does not—to use another of Lapham’s memorable phrases—“degenerate from the strength of a conviction into the weakness of a sentiment.”