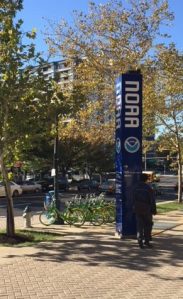 The flowering of bicycles in downtown Silver Spring

If you don’t read anything else in this post, go to the bottom and watch the last video.  Morgan James is beautiful and has a wonderful voice, but you won’t be able to take your eyes off the Tambourine Man.  He’ll bring you up, no matter how down you are.  And you’ll thank me for it.

I seldom take a weekday off where I’m at home in Silver Spring.  Yet after working about 20 weekends in a row (perhaps I exaggerate), I decided to take today off and make it  a three-day weekend.  It was interesting to be around downtown Silver Spring and see the following:

Bikes are sprouting up everywhere one looks. First it was the Capital Bikeshare stations that arrived in downtown.  But in the last month, we’ve been inundated with the new dockless bikes, and today was the first time I walked around town and had the sense that they are EVERYWHERE!  (At least if you walk around the condo/apartment heavy downtown.)  They look beautiful (especially the LimeBike), but it will be interesting to see how they stand up to the winter in the capital region.  Nonetheless, I was standing next to the NOAA building and was able to capture in one glance a transportation planner or urbanist’s dream scene:  shiny new Metro trains rolling into the Silver Spring station, bus after bus pulling out of the transportation center, pedestrians, bicyclists, and—of course—cars (and more cars).

Coffee shops are everywhere. Where there are bicycles and canyons of condos and apartments (say, along East West Highway downtown), there will be coffee shops.  When you have the largest concentration of Ethiopian residents in the metro region, you can also be pretty certain that it will be good coffee. While we have the standard chains, Silver Spring has some terrific independent shops.  Today, while out walking, I went to Kefa Cafe (one of the city’s institutions) for a morning coffee and chat with Abebe. Always a pleasure.  In the afternoon, I strolled up to the Bump ‘n Grind, along the aforementioned East West Highway condo canyon.  There was a class underway in one portion of this hip shop, which is also a vinyl record store.  Ah…the Revenge of Analog! 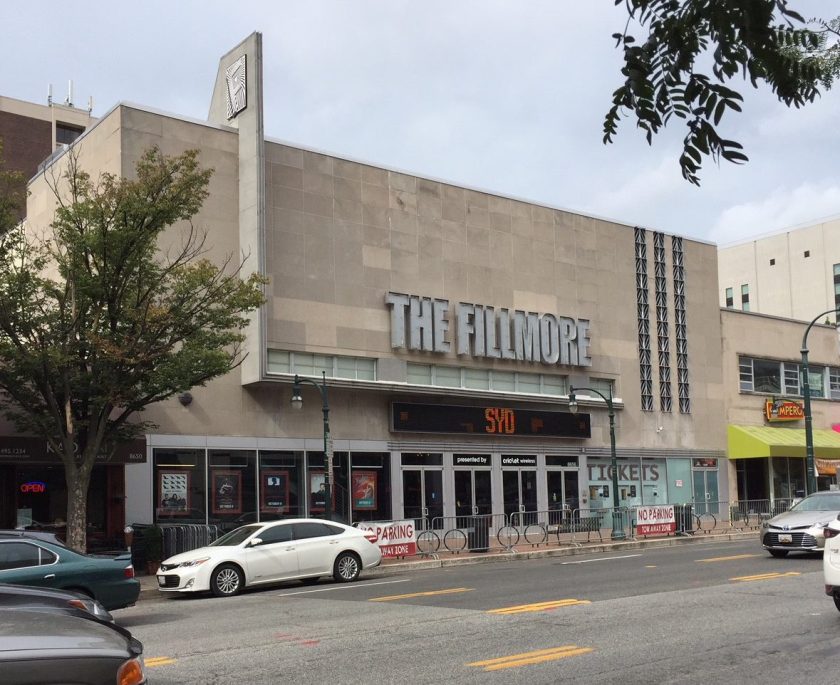 Finally!  The Fillmore has an act I recognize!  Ever since The Fillmore opened in downtown Silver Spring, I’ve been waiting for an act that I recognize.  I get that this isn’t a venue for folks my age (yes, I was hoping for the Birchmere North), but it would be nice to see a name on the marquee every now and then that I recognize.  I’m just not that into “Death from Above” or “Elevation Worship.”

Scott Bradlee’s Postmodern Jukebox is coming to the Fillmore on November 26th!  Not familiar with Postmodern Jukebox? Well, neither was I until a few months ago when I stumbled across their fantastic video of All About That Bass.  At 31 million (and counting) views, they have a ways to go to get to Meghan Trainor’s 2 billion views (can that be right?!)  But I prefer the Postmodern Jukebox version.

The home page for Postmodern Jukebox describes their work as “Gramophone Music in a Smartphone World” and that’s a perfect description.  If you’re like me, you’ll get sucked into their wonderful videos (and then the spinoffs of their wonderful musicians, like singer Morgan James, who does a terrific version of the Beatles Come Together with a great trash can drummer.  You have to watch it to believe it.)

So last night, I found Morgan James singing I Really Don’t Care with Postmodern Jukebox.  As wonderful as she is, you won’t be able to take your eyes of The Tambourine Guy.  Trust me…you want to watch this one!

If I knew that Morgan James AND The Tambourine would be part of the show in Silver Spring, I would be there!