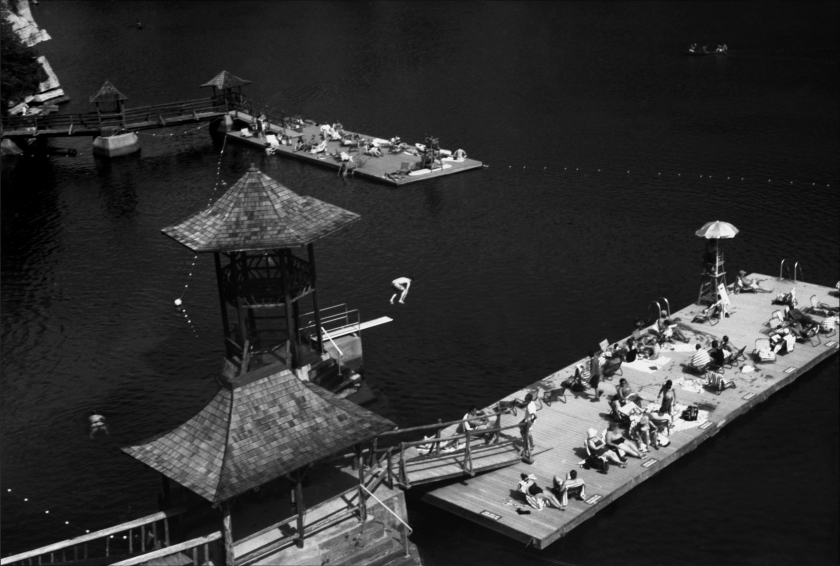 At some point in describing my “not quite” retirement after 42 years in preservation, I began to refer to what was next as the “gap year” I never had in my 20s.  It was said only partially in jest.

Gap years are a first world phenomenon that—as far as I was concerned—didn’t exist in my middle class/public school upbringing in Tennessee in the 1970s.  At least they didn’t exist for a young man

But here I am, having said “I’m taking a gap year” enough that it has become a reality, even for me, and I’m working on understanding what it all means. Will this period cover a full year? To be honest, I don’t know.  Perhaps I’ll determine that my gap year is really just a few gap months.  Or it may stretch much further into my next third of life.*

In talking with a former colleague, she told me of a friend who is unable to take a vacation this year.  In response, this young woman is posting something vacation-like on a daily basis to her social media accounts during the month of April under the hashtag “vacation every day.”  The post may show her having a mimosa with a homemade brunch or simply taking a nap.  I was inspired and began to consider ways to mark my gap year.

Since stepping away from the daily engagement with my life’s work, I’ve certainly mulled over how to use this new-found freedom to step back, reflect, stretch my mind, and more.  As with so much else, I know that by writing it out I can work through these thoughts.  Paul Graham, in a tiny essay entitled Writing, Briefly,  notes that “writing doesn’t just communicate ideas; it generates them.”

My plans for the Gap Year Chronicles—as far as they exist—are to write frequently about encounters with mind, body, spirit, places, or people that help me understand the journey towards who I am during this time.  I expect the posts to range from the frivolous to the serious, and everywhere on the spectrum between those polar opposites.

There will be plenty of time for the serious, so let’s begin with the frivolous:  My gap year beard.

Many who have known me only since we moved to Washington do not realize that I had a full beard for much of the 1970s and 1980s. Great facial hair is a part of the Brown family tradition, at least going back to the 19th century and Thomas Bruce Bearden, who was known as Papa Bearden in my father’s family.  Papa Bearden had a terrific moustache—so much so that it just begs for the use of the English spelling!

As soon as my mother granted her permission (which was after I graduated from high school), I joined in the family tradition and grew a beard.  The earliest version—as seen here in this parking lot jam picture with my friends John Balch and Jody Kammerud—was full and dark!

My wife had no idea what my face looked like without a beard for the first several years of our marriage.  That changed on one wild and crazy New Year’s Eve** when I decided to become cleanshaven for the first time in over a decade.  We took a picture of the new look and—back in the pre-digital days—had a print made and mailed it home to Tennessee.  When the photo arrived, my father opened the card and laid the picture on a table while discarding the envelope.  Mother came by, picked it up, and asked, “Who is the person in this picture?”  My father laughed and said, “That’s your son!”  Of course, facial hair was such a part of my persona in those days that by the time this conversation occurred, the full beard was well on its way back to its standard look.

As I grew older, I was determined not to have facial hair with splotches of gray.  I was also not going to color my hair. In our family gene pool, my mother turned gray when she was 35 years-old, followed just five years later by a beautiful and elegant head of white hair.  Both grandmothers had full heads of hair that turned gray and white in their later years. My father and both grandfathers were bald (and clean-shaven). Given those genes, it was clear that my days of dark, black facial hair were numbered. By 1990 the beard was gone.  The moustache, however, lasted until early in the 21st century.  One day our young and perceptive daughter Claire came to the dinner table with a picture she had created, depicting me as if I was straight out of the old “Got Milk?” commercials.  I realized then that the gray-turning-white look was visible to everyone, and soon afterwards that was the end of all my facial hair for the next 15 years or more.

Both my brothers have long sported facial hair and for several years—since realizing that my beard was now all white—I’ve considered joining them. But—to quote the authors of Younger Next Year: A Guide to Living Like 50 Until You’re 80 and Beyond—I worried that while I might believe I looked hip and cool, in reality I’d look like Yasir Arafat!  But if you can’t take the plunge during your gap year—if you can’t use this time as your “Year of No Fear”—when will you ever try new things or return to explore once again, in more depth, elements of your past. I was flying home from a conference on March 31st—my last official day at work—so I skipped shaving that day and haven’t regretted it yet.

One week ago I had my first professional beard trim in almost three decades. Our millennial son Andrew and I have been texting back and forth to discuss beard trimmers and oil. In my head I see a closer cropped version of the older Ernest Hemingway.  If you see Yasir Arafat, please keep your comments to yourself!

The gap year beard is emblematic of the range of opportunities facing anyone who has the time and wherewithal to step aside, slow down, and consider alternatives to his/her current way of living. Some will be lighthearted and perhaps insignificant in the long term, but might lift your spirits.  A lark, if you will. Others may prove to be life-changing. Perhaps one choice might be both. In the weeks and months ahead—if I’m lucky—I’ll have the time to consider possibilities and questions surrounding health and exercise, relationships, new educational paths, the building of solitary hours/days/weeks into my schedule to think and just be, ways to give back for the privilege I’ve been granted, my role in the fight for our democracy, music’s place in my life, support for the next generations of family and friends, new work options, widened horizons, my continuing place in preservation, and the list goes on.  Several may appear in a public way on this blog.

With number 1 in the Gap Year Chronicles series now complete and searchable in the “What’s Next…” category, I’m hopeful there will be…as I like to say…more to come…

*I subscribe to the division of a life into thirds, roughly divisible by 30 years.  Both my grandmothers lived to be close to 90 or beyond, and my father was just a month or two short of 91 when he passed away.  I realize nothing is given, but I’m trying to be intentional about my possibilities.

**I’m using my sarcastic voice here.  We were basically so bored that shaving off a beard sounded like great excitement.

Image: No Fear: Taking the plunge off the high board at the lake at Mohonk Mountain House (Credit: Claire Brown)