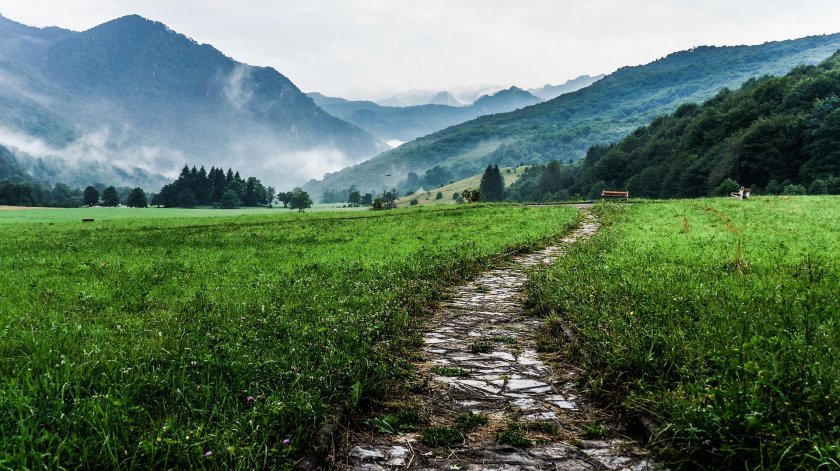 How did you respond when you first discovered the many ways there are to view the world?

For some, this isn’t a problem. From an early age they have looked at the world through a particular set of glasses, assuming that their view is the correct one. They learn how to describe what they see in terms that others who wear the same glasses understand. And unless they have some life-changing jolt — perhaps a worldwide pandemic that doesn’t care about their nationality, religion or political ideology; or an especially graphic picture of systemic racism that refuses to be ignored — they never ask questions about the things that are not clear.

But for those who see another perspective or choose to try on different pairs of glasses, all of a sudden they realize that their world view is not the only one. They have to choose how to respond. Buddhist monk Thich Nhat Hanh describes this broader existence when he notes, “While living the life of a wave, the wave also lives the life of water. It would be sad if the wave did not know that it is water.”

Writer Barbara Brown Taylor puts it simply as, “The lens is not the landscape.”

I recently finished reading Taylor’s latest book, Holy Envy: Finding God in the Faith of Others, where she writes about the questions, worries, and concerns that arise in most of us when we encounter “difference” and “others.” Her focus is on spiritual riches, but we can all look at how our minds and worldview are expanded when we are open to the wonder that is all around us.

We are living in a time when many ask us to look at world events or religious belief through only one set of glasses. This is a perspective lacking complexity and nuance, and often seen, as the writer Robin Givhan describes it, “in gloriously righteous white and suspicious, dangerous black.” Having our worldview handed to us by our family, friends, political party, church, temple, mosque, or choice of media is certainly easier. It doesn’t require much thought. And even for those who do work at understanding the broader nature of the world, it is natural to try and translate everything into our own language or frame of reference. Unfortunately we miss a lot in the process.

A closed mind leads us to accept something as reality without asking the deep questions required to experience a thoughtful, wonder-filled life. Those questions open us up to the discovery that what we think we know can be very different from the realities in front of us. “While we spin our wheels trying to control things beyond our control,” Taylor writes, “we ignore the one thing that is within our power to change: our way of seeing things.”

Taylor’s encouragement to not only think deeply about our beliefs, but to look to others outside our tribe and traditions for the many truths they tell, extends to areas far beyond the spiritual. I recommend her book because we are at a moment in history where so many people are having their “truth” upended.

The truths we have believed — often uncritically — are upended and so many of us don’t know what to do about it.

Taylor has a suggestion. In her telling, many who never venture beyond their own spiritual traditions not only miss what lies in front of them but often fail to notice unconscious language of contempt and exclusivity. When we become aware of this tendency and begin to see language of this type, or come up against condescension toward others who are not of the same worldview, she encourages us to look in the opposite direction. In her experience, “There is almost always a counternarrative in scripture just waiting for someone to notice it.” For example, when discussing a condescending attitude toward those who are not Christian, Taylor — an Episcopal priest — discusses the Persian magi and their role as “agents of the God who transcends religion and never met a stranger.”

“In the case of the Persian magi, their appearance in Bethlehem is as surprising as a delegation of Methodist bishops arriving in Dharamasala to recognize the next incarnation of the Dalai Lama. Once they deliver their gifts to the starlit Hebrew baby, they go back to where they came from, presumably to resume their vocations as Zoroastrian priests. Yet every Christmas we sing of them in church, as if they had never left.”

Having a problem with their otherness, many Christians fix that by baptizing them “as anonymous Christians.”

We may ask for certainty, but instead we are given relationships. We may ask for solid ground and instead are given human beings — “strange, funny, compelling, complicated human beings — who keep puncturing my stereotypes, challenging my ideas….” Taylor turns to a story from her Christian tradition that Jesus told about how we will be judged. It is clear that what is more important than what we believe is how we live. Matthew 25:34-37 recounts all the disguises for “the king” who rules at the end: hungry person, thirsty person, strange person, naked person, sick person, imprisoned person. They show up in our midst in need of welcome. “Welcome is the king’s solution to the problem of the stranger,” Taylor notes. “Always has been, always will be.”

Instead of trying to convince someone to believe as we do — because we forget (or never considered) that our religious experience and worldview is not singular but plural — we do best to welcome those who are different and in need. We can certainly learn from them. And who knows who they will be.

Image by Free-Photo from Pixabay.