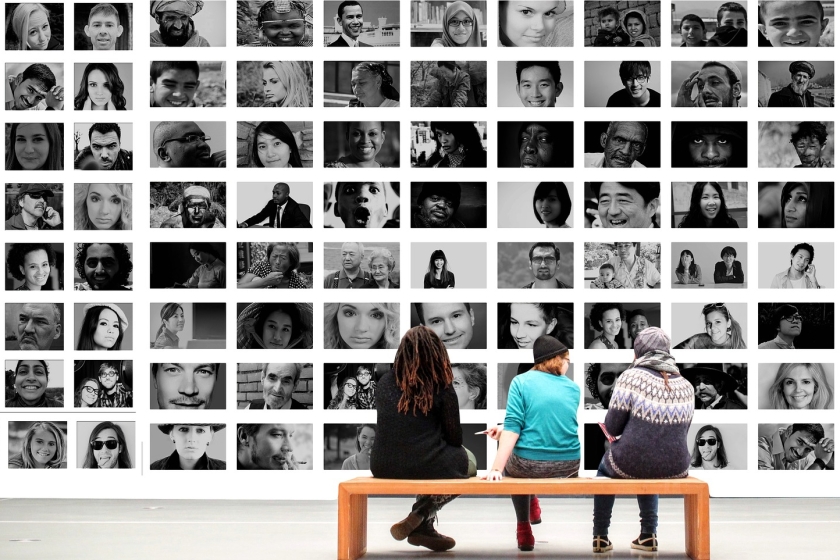 Did you ever think of what would happen if EVERYBODY did things like ……..”

Those three sentences open the first book I remember from childhood. If Everybody Did, written in 1960 by the late Jo Ann Stover, is a book that has been on my mind in recent days.

The book’s premise is very easy to understand, and the illustration above encapsulates it perfectly. On the left page is a cute drawing of one kid doing something that probably — to him or her — looks perfectly harmless. Such as squeezing the cat. Or making a splash in the sink. Or dropping tacks on the floor (a personal favorite when I was five).  Then, on the opposite page is an illustration that shows what would happen if everybody did that particular thing.

The book had a renaissance in the 1980s as my generation began having children. I read it again just this week. Most describe Stover’s work as focused on proper etiquette, and that’s certainly a part of its perspective. But I return to those first three sentences and see thoughts that go beyond simple etiquette. I see the beginnings of a primer on how we should live in community.

When we do something alone, we’re the only ones with tacks stuck in our feet or getting sick from eating too much fudge. But no one really lives alone. There’s always one… and one… and one… and one… and more… and suddenly everybody is together in a community. And as soon as we live in community, our words and actions have consequences beyond our personal feelings, desires, or health.

Those who understand that we live in community think of how their behavior affects others before they act. Those who place their personal freedom — as they define it — above all others usually take a different approach.

In his book Civility: Manners, Morals, and the Etiquette of Democracy, author Stephen Carter identifies our loss of civility as coming from a focus on self, an over-reliance on markets, a forgetfulness of the obligations we owe each other, and the lack of a moral compass in decision-making.

Prioritizing our own desires leads us to slam the door and never think of what would happen if everybody did. Or jump in the mud. Or always cry. Or eat all the fudge.

Or make up our own facts about science and history and tell outrageous lies. Why, what if everybody did?

We are, in fact, seeing what happens when a large number of individuals act as if telling outrageous lies is perfectly fine. We are seeing what happens when politicians in positions of power — figuratively stomping around like five-year-olds — pass laws saying we cannot teach things which make them feel uncomfortable and that explicitly require teachers to lie to children.

We are all a great big mess of contradictions and living together in community is difficult enough in normal times. Today we are seeing what happens when large numbers of people speak in ways that harm others, refuse to consider the broader impact of their actions, and seek to carve out special privileges for those considered at the top of the hierarchy.

Perhaps Stephen Carter could add one other reason for our loss of civility: Too many of those in positions of power never internalized the lessons of If Everybody Did.

The Weekly Reader series features links to recent books and articles that grabbed my interest or tickled my fancy.

Image by Gerd Altmann from Pixabay