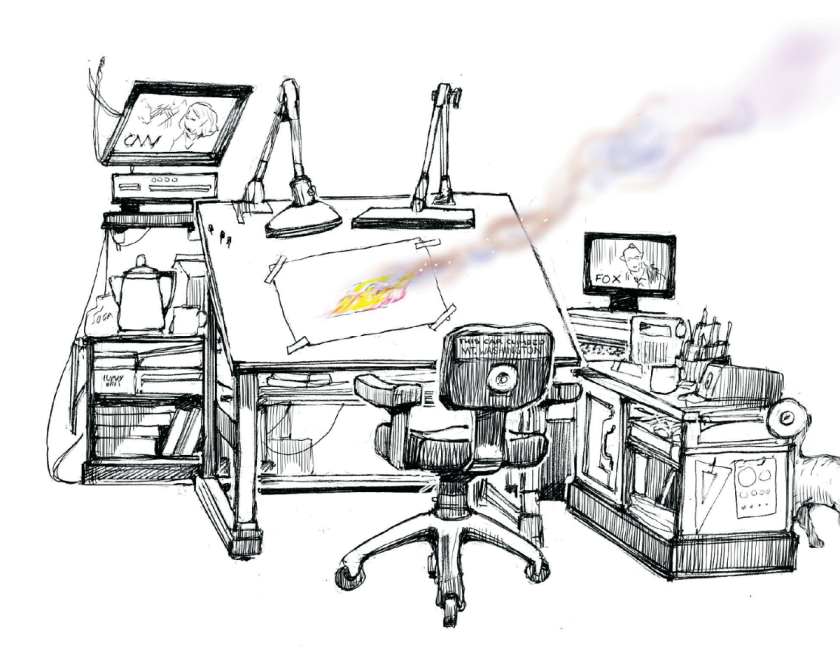 In August, I posted The ‘toons, a selection of political cartoons on issues of the day. I have been a long-time consumer of political cartoons, those 1-4 panel commentaries which touch a more visceral spot in the brain. As I said at the time, during this political season I’ll occasionally post a few of my favorites to help keep my sanity.

In that spirit, here are selections from the past 2-3 weeks under the imaginatively titled More ‘toons. I suspect they will make you laugh, think, and/or cry.

Perhaps THIS should be the Republican playbook

I can see Russia from here

A caption, waiting for a cartoon

Finally, this is not a cartoon. However, the caption is already written if someone wants to draw it.

The image of the cartoonist’s desk is from The Comics Journal, which posted an essay excerpted from the introduction to Jeff Danziger’s book, The Conscience of a Cartoonist: Instructions, Observations, Criticisms, Enthusiasms.