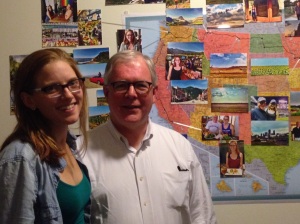 Regular readers will recall those intrepid travelers – Claire and David – making their way cross-country in August on what I dubbed the “Not All Who Wander Are Lost” tour. For twenty days, father and daughter crossed this great land, all the while keeping readers of More to Come… updated on our travels with daily posts, photos, and stories. It was a once-in-a-lifetime bucket list adventure for both of us.

So you can imagine my delight when Claire told us a few weeks ago that she had placed a map of the US on the wall in her dorm room, with the route outlined and photos from the trip displayed along the way.

Old school wall posting.  Oh my…do I love that daughter of mine!

The first thing I did when Candice and I walked into Claire’s dorm room on this late October/early November “she’s not coming home for Thanksgiving so we’re going out to see her” visit, was to go and see THE MAP.

And I wasn’t disappointed.

Just look at that beauty.  Twenty days of memories captured in one place, with the route marked and pictures pointing to the places we had visited along the way.

As Andrew and Claire were growing up, we had a map of the world on our downstairs wall.  We encouraged friends who were traveling to send us postcards from far away places. When the postcards arrived, we would post them on the wall and attach yarn to the back, which then stretched to a pin located in the appropriate city or country.  It was a great way to learn world geography (we have a lot of friends who travel extensively) and it stayed up until we painted the house sometime in high school.

Claire used that map as her inspiration.  She shows us at the beginning of the trip – with the picture by the rental car outside our house on the morning of August 1st – and then heading up to Cleveland (first of three baseball stadium pictures) and Chicago. Our You Want Nutrition, Eat Carrots! day in Madison is captured as well, with that delicious ice cream cone photo.  (That was the top-rated post from the trip, BTW.) 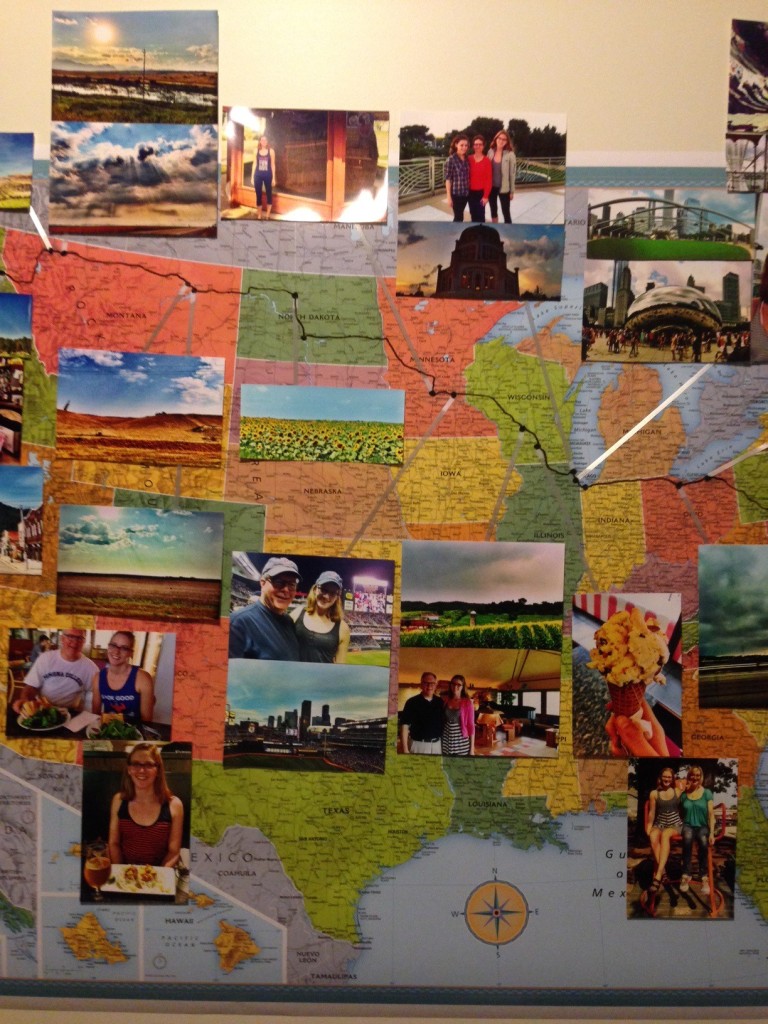 Here you can see Claire’s part of the map I dubbed the Central Time Edition in one of several Observations from the Road.  Seeing the world’s largest ball of twine rolled by one person, our second baseball stadium (Target Field in Minneapolis), and fields of sunflowers were among the highlights. 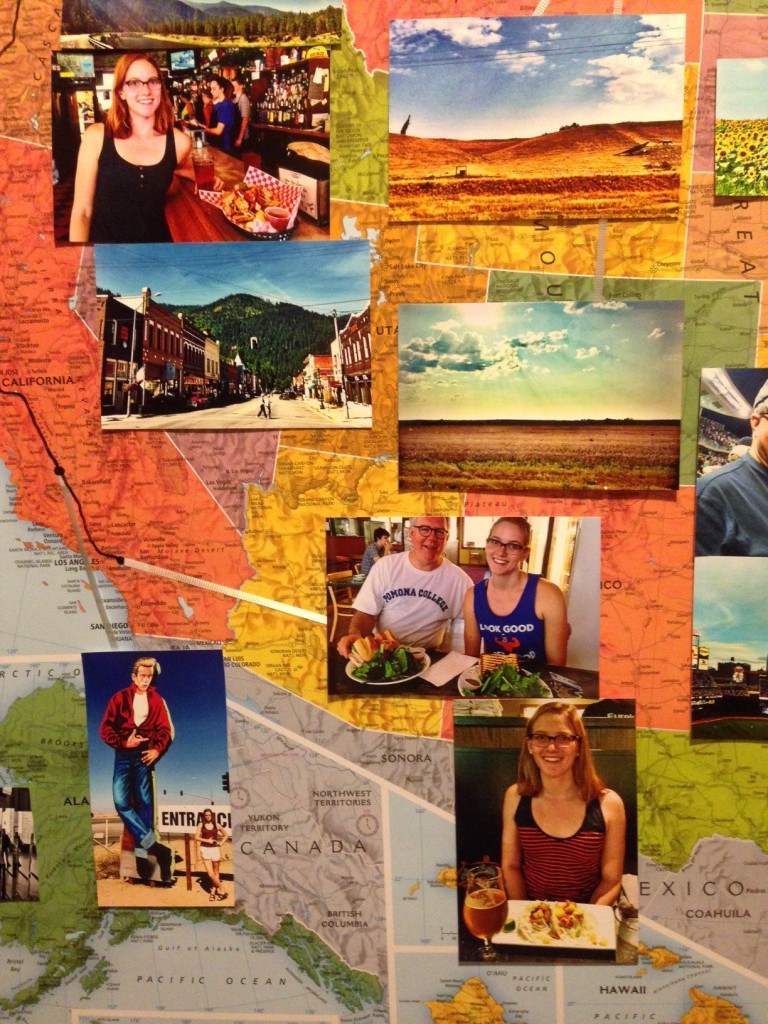 The last two portions highlight the western and coastal route of the trip, along with our arrival in Claremont.  I’m not going to say much about these photos or I’ll start crying again, but you can get a sense of my gratefulness for this trip in The Thankfulness Edition of Observations From the Road.  Candice, Claire, and I are going out to dinner on Sunday evening at the same restaurant where I wrote that final post…and had to put on sunglasses so that the waitress wouldn’t call the manager because of my tears. Sunday should be much more joyful!

What father wouldn’t want to come into his daughter’s dorm room and see their special time together posted in such a wonderful way on the wall.

She is one in a million.