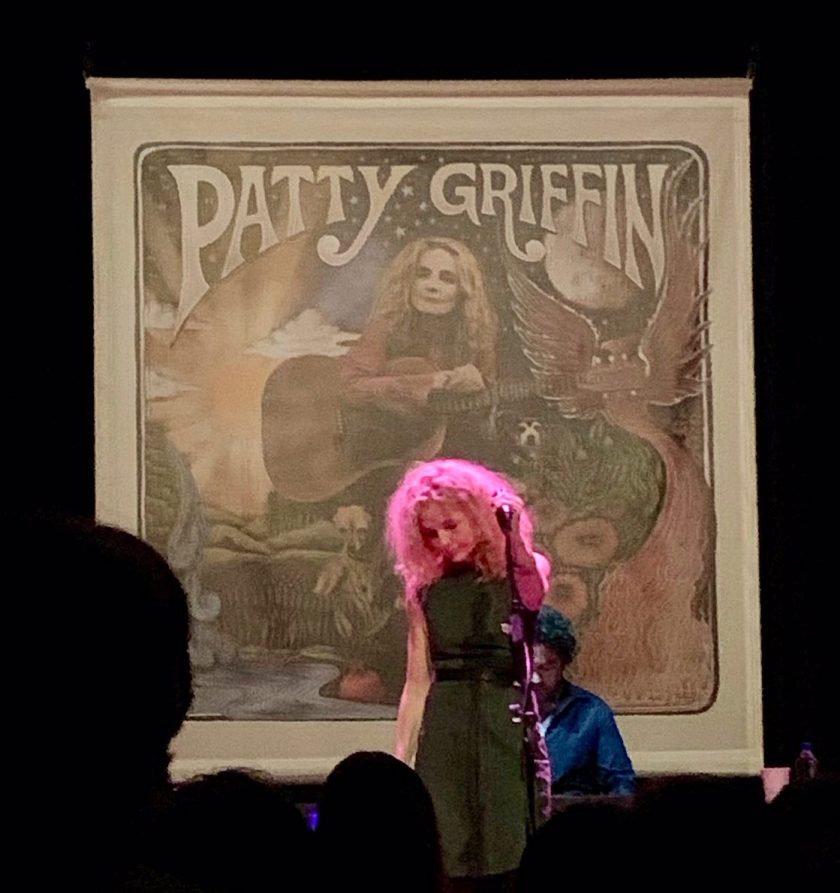 Last Wednesday, singer-songwriter Patty Griffin performed to a large and appreciative audience at Washington’s 9:30 Club. Featuring songs from her recent self-titled album, Griffin showcased her significant songwriting chops and wide-ranging musical interests from rock to Latin romanticism to gospel to beautiful acoustic folk. It was my first time to see Griffin live, but not the first time I was smitten with her work.

No, that would have been about fifteen years ago while standing in a record shop listlessly flipping through CD bins while fixated on the sound of Griffin’s 1000 Kisses album and the unique, emotional vocals coming out of the store’s sound system. I’m happy to report that the decades haven’t diminished that vulnerable voice. Wednesday evening she performed Long Ride Home, one of my favorites from that 2002 album, as well as the rousing Move Up from the remarkable Downtown Church album, recorded in a historic Nashville house of worship that is an architectural masterpiece and, from a personal interest standpoint, was founded by a great uncle of mine six-or-seven times back.

Patty Griffin remains on tour through the summer.  Highly recommended.

Image: Patty Griffin at the 9:30 Club