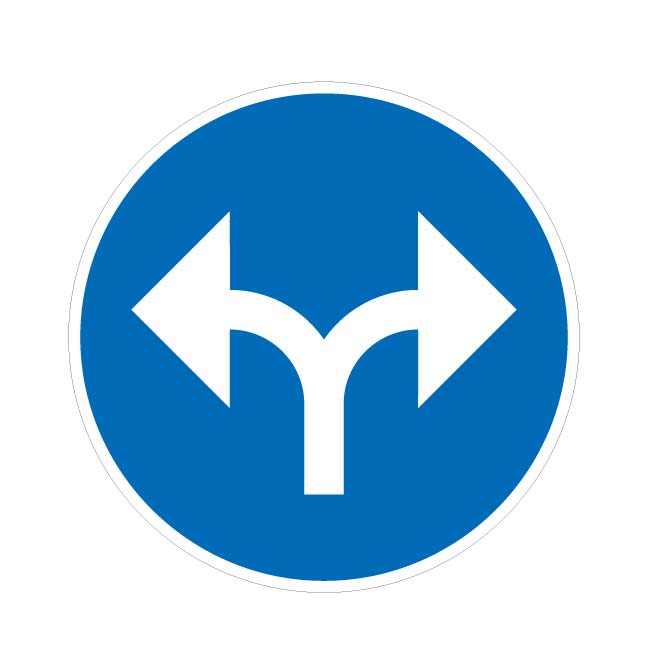 After running through the woods in the gathering darkness, four young people warily approach an old house. The dialogue begins:

“Let’s hide in the attic.  No, in the basement.” They look around wildly, and one female pleads “Why can’t we just get in the running car?” A male character responds, “Are you crazy? Let’s hide behind the chainsaws.”

The voice-over comes in to say, “If you’re in a horror movie, you make poor decisions. It’s what you do.” After the pitch for saving money with Geico Insurance, there is the scream, “Run for the cemetery!” and all four take off from the garage full of chainsaws to . . . who knows what.  But we’re safe in assuming it will be bad.

I still laugh every time I see this clever commercial.

Decisions. We all face them. And making big or difficult decisions isn’t easy, even if you’ve never been in a horror movie. But we all see examples of poor decisions leading to disastrous consequences on a daily basis.

When we have to make quick decisions, we usually rely on our fast, highly intuitive, emotional thinking.  Many quick decisions can be handled by following the instincts we’ve honed over time. But they don’t always turn out to be correct, so thankfully there are ways to improve our decision-making on the fly. Learning to recognize and address situations in which we regularly make mistakes is just one example.

It is in the faulty long-term decision where so many of today’s challenges begin, however.

On the personal level, important life decisions require context that emotion and intuition cannot adequately address. When I was in my twenties and deciding where I wanted to work and live, more often than not I pulled out a piece of paper and wrote a list of pros and cons for each major decision, a technique that has lasted through the centuries. I still remember that a key argument against moving to an unnamed city where I had a job offer was the fact that it regularly topped the list of communities with the state’s highest temperature on any given day. That approach was no different than the one taken almost two hundred years ago by Charles Darwin when he was 29 years old and trying to decide if he would stay single or get married.

“Under the heading ‘not marry’ he noted the benefits of remaining a bachelor, including ‘conversation of clever men at clubs’; under ‘marry’ he included ‘children (if it please God)’ and ‘charms of music and female chitchat.’”

Be careful what you commit to paper, unless you don’t mind sounding hopelessly dated (or worse).

The simple “pros and cons” list does not factor in our overconfidence and willingness to accept unsound arguments, if they support a conclusion we believe to be true. That faulty thought process and reliance on bad stories and bad facts has led millions of Americans to make political decisions that are clearly against their best interests. The Michael Lewis 2018 book The Fifth Risk chronicles a number of poor decisions made by people who claim to hate the government because of ideological beliefs, yet couldn’t live without substantial government assistance and the important things that the government does for them behind the scenes on a daily basis. Because knowledge makes life messier, addressing the facts makes it “more difficult for a person who wishes to shrink the world to a worldview.” The more rural the American, “the more dependent he is for his way of life on the U.S. government. And the more rural the American, the more likely he was to have voted for Donald Trump.” This is the same Trump administration that proposes massive cuts to rural development and has imposed tariffs that cost American farmers billions of dollars.

Today we have a growing body of science that helps us consider how best to approach the making of difficult decisions, if we choose to use that information. And that choice is important, because in this age of information overload we can throw up our hands and choose an easy path that may take us in ways we will regret in the years ahead.

We usually have many options to consider in making major decisions, yet we seldom look beyond the obvious. As Daniel Kahneman has written in Thinking, Fast and Slow, it is more important for our brain to have a coherent story in order to ease cognitive processing than it is to look at a range of alternatives that may challenge our basic assumptions. In other words, we are lazy. As a result we don’t look for or absorb things that are outside, or that challenge, our comfort level.

How can we get around this illusion that we know more than we really do? Instead of facing questions as “either/or” decisions, it is helpful to approach them as you would multiple forks in the road. Put several alternatives on the table and work through those scenarios in some detail. Don’t make major decisions alone.  Involve others — preferably who bring different perspectives and cultural contexts to the table — to broaden your insight. I’ve encouraged teams to think not only about good, acceptable, and bad outcomes, but also to engage in a “premortem” where one travels forward in time and looks at why a specific decision was a horrible failure — before ever committing to a single approach. Developed by Dr. Gary Klein, the premortem, in Kahneman’s telling, helps us overcome groupthink (if you are making this decision with others), and it unleashes “the imagination of knowledgeable individuals in a much-needed direction.”

Steven Johnson, author of the forthcoming book Farsighted: How We Make the Decisions That Matter the Most, quotes Nobel prize winning economist Thomas Schelling, who observed, “One thing a person cannot do, no matter how rigorous his analysis or heroic his imagination, is to draw up a list of things that would never occur to him.” However, if we want to make good decisions, we have to push ourselves to do just that. Finding fresh sightlines from which to view options is a good first start.

Have a great week.

Installment #6 of the Gap Year Chronicles

Image caption: Right or left may not be our only options