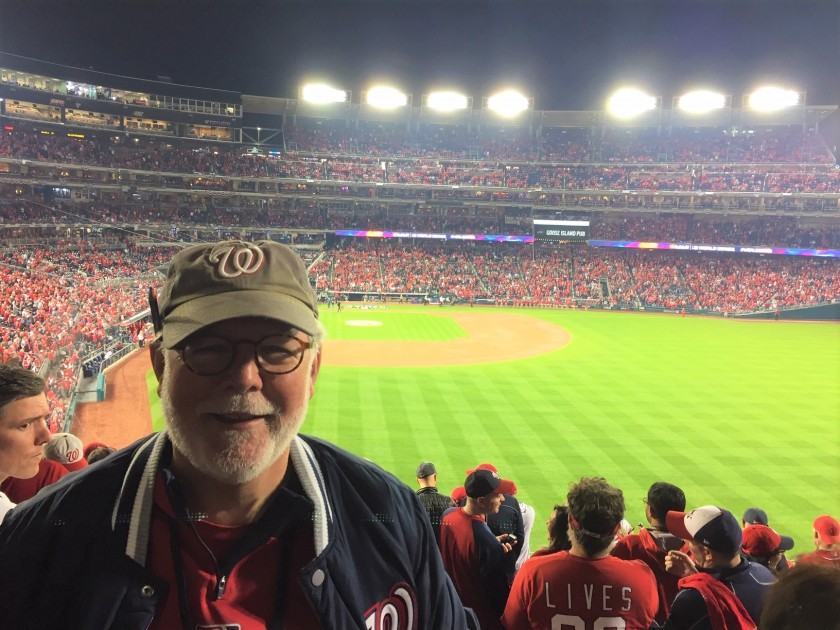 Next week will be my first in-person baseball game since October of 2019 and Game 3 of the World Series. The Nats lost that contest and the following two home games to the Astros, but won all four games in Houston to become World Series Champions.

Much has happened between that October and July of 2021. While working to fill the hole in my baseball heart, I am more than ready to experience live baseball again with family and friends.

In reinvigorating the bucket list to get to the eight cities that remain in my quest to visit all 30 MLB stadiums — a pursuit which began back in 1964 — lets take time to celebrate many of those past visits to enjoy the national pastime.

If you live near one of the ballparks I’ve yet to visit and want to invite me to go to a game, the answer will — undoubtedly — be yes!

*Full disclosure: This picture was taken in front of a backdrop during a behind-the-scenes tour with NTHP trustees. But I have seen a game in Fenway.