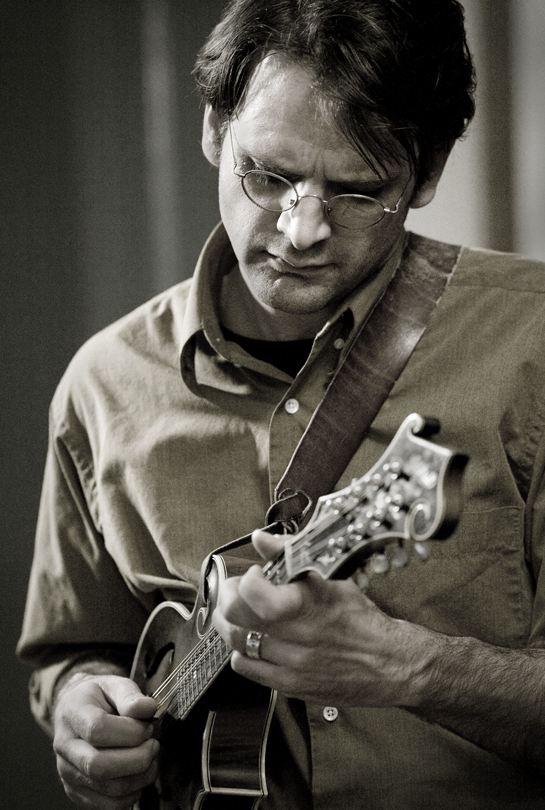 Matt Flinner is the top-shelf mandolinist and composer not enough people know. At least not in the way that music fans know that force of nature Chris Thile, or the Energizer Bunny clone Sam Bush, or the genre-bending trail-blazer David Grisman. But musicians have long been aware of this quiet master, who, in the words of the Associated Press, “blurs the lines between jazz and bluegrass, traditional and avant-garde” with the best of them.

Flinner’s website bio showcases just how in-demand he is as a musician.

“Multi-instrumentalist Matt Flinner has made a career out of playing acoustic music in new ways. Starting out as a banjo prodigy who was playing bluegrass festivals before he entered his teens, Flinner later took up the mandolin, won the National Banjo Contest at Winfield Kansas in 1990, and took the mandolin award there the following year. Since then, he has become recognized as one of the premiere mandolinists as well as one of the finest new acoustic/roots music composers today. He has toured and recorded with a wide variety of bluegrass, new acoustic, classical and jazz artists, including Tim O’Brien, Frank Vignola, Steve Martin, Darrell Scott, the Modern Mandolin Quartet, Dave Douglas, Leftover Salmon, Alison Brown, The Ying Quartet, Tony Trischka, Darol Anger, and the Nashville Chamber Orchestra. He has also recorded two Compass Records CDs and toured as part of Phillips, Grier and Flinner with bassist Todd Phillips and guitarist David Grier. His two solo CDs (also on Compass), “The View from Here” and “Latitude,” are now widely considered classics in the new acoustic/modern bluegrass style. His current group, the Matt Flinner Trio (with guitarist Ross Martin and bassist Eric Thorin), has forged new pathways in acoustic string band music with their two ground-breaking CDs, “Music du Jour” and “Winter Harvest”

Since he began in bluegrass, we’ll start our exploration there as well, with this tasteful version of Bill Monroe’s Tennessee Blues by Phillips, Grier and Flinner. Stick around for the second mandolin and guitar breaks because both are worth it. David Grier and Todd Phillips — long-recognized masters in the acoustic music world — are no slouches on the guitar and bass, respectively. And the entire band has beards which would make any Stanley Cup-chasing hockey team proud.

I first focused on Flinner’s music because of his Music du Jour project and album. As the mandolinist explains in this short video, each member of the trio writes a song each day while the band is on tour. They then perform those tunes that evening. It made for quite the creative challenge, and some wonderful music.

Inferno Reel, which kicks off the Music du Jour album, is a pretty standard bluegrass romp (if you are a top-notch player). It is also great fun.

Stomp Hat, from the same session, heads off into more jazzy territory.

The tunes can come from anywhere and often reflect the mood of the composer on that particular day. In a blog post, Flinner noted that the inspiration for Raji’s Romp came from…

“an interception and touchdown run by B.J. Raji of the Green Bay Packers a couple of years ago, which helped the Packers go on to the Superbowl by defeating the Chicago Bears.  I finally got around to writing my tune of the day after the game was over, and being a Packers fan, I was in a good mood.”

The tune was written on Jan 23, 2011, for a show at Avogadro’s Number in Ft. Collins, Colorado, and is featured on the Winter Harvest album.

Here’s a beautiful two-mandolin arrangement of Flinner’s tune A View From Here, with an extra dollop of St. Anne’s Reel thrown in for good measure. Performed by Matt and Flynn Cohen (of Low Lily) on December 18, 2019, this concert took place at The Parlour Room in Northampton, Massachusetts.

I have heard Flinner live at both Merlefest and Red Wing Roots Music Festival, often playing as a sideman. He’s quiet, so you might miss him unless you pay attention. Flinner is one of the innovative artists found on Compass Records. When live music returns, I recommend you take in a show if he’s in your area. Until then, take the time to get to know him and his adventuresome music.