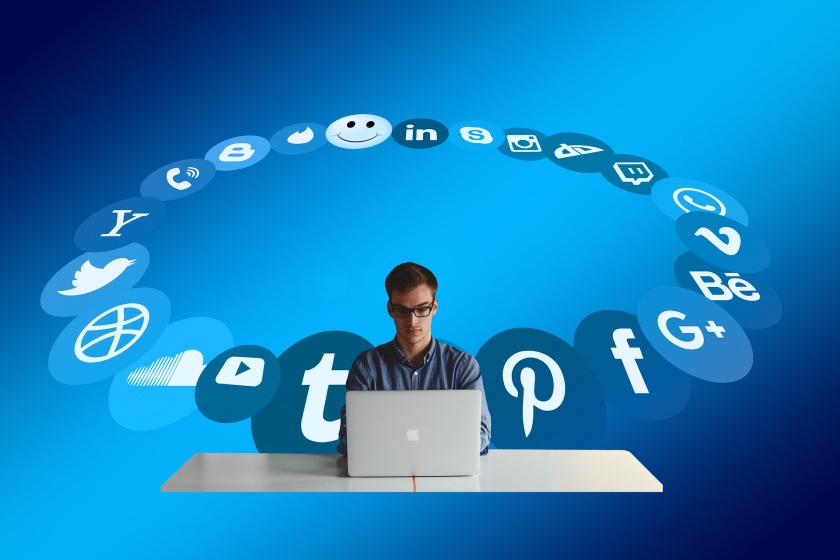 Knowing of my interest in politics and public policy, my decision not to be on Twitter may come as a surprise. But it is actually pretty simple. A modicum of self-awareness helped me make that choice and this past week is illustrative of why abstinence is a good idea.

I began this post with a plan to provide you with all the reasons I don’t participate in the online site preferred by political junkies and former presidents (until they are kicked off). However, I only had time to highlight five because I went down the Twitter rabbit hole, scrolling through feeds and finding examples to illustrate each point (he says with a sheepish smile).

So let’s take a look at those five.

Reason #1: In this day and age, we should choose places to express our political beliefs where we can have more meaningful conversations. Reason #1A: I don’t believe in having online political fights with people I don’t know.

This past week was full of political sound and fury. Also, lots of good news. Heck, Ian Millhiser of Vox said (on Twitter, of course) that he “may be coming down with a case of The Hope.”

I suspected that this week was going to be consequential after Liz Cheney’s comment at the last January 6th hearing that “the dam was breaking.” We need to focus on what is happening in our country. We also need to have real conversations to work through our political differences. When doing research for this post, I saw how easily I was drawn into the tribal nature of the Twitterverse.

Personally, I am not too worried about my ability to stay out of the comments section of online political fights, which since the Trump era now happen with great frequency. Years of working in the nonprofit/nonpartisan world taught me how to apply restraint on my political discussions in public settings. Others clearly have not learned that lesson, as Tjeerd Royaards and Alen Lauzan’s cartoons (on Twitter) suggests.

But in the end, I am of the belief that we should have our serious political discussions in places where we are not always trying to score points. (See: Cruz, Ted during the confirmation hearings for Supreme Court nominee (now Justice) Ketanji Brown Jackson. Cruz was more interested in checking his Twitter mentions than in listening to Senate colleagues and the nominee.)

Reason #2: Twitter is designed to make you feel bad, about yourself and others.

There are carefully considered pieces online about why one should avoid Twitter, such as this Cinelle Barnes essay. As someone who once worked inside social media, Barnes reminds us:

The web, my tech friends agree, is designed to exploit our digital, social, and psychic vulnerabilities. Algorithms and systems change all the time, and they do so for one reason: to make it seem like you’ve failed and must do more, get more, be more, be faster. You must run, fight.

I get it. If I were on Twitter, I’d be following Soledad O’Brien‘s every word and thinking about how smart she is and how she captures the essence of the news in fewer words than seems possible. And then — forgetting that she’s a journalist and professional — I would reflect that she can do it, with such seeming ease, in far fewer words than I regularly use, and I would probably be thankful for her but also feel that somehow, I’ve failed.

In under 280 characters in this tweet, she goes right for the jugular and calls out John Robert’s legacy of division and destruction. The same thing goes for Michelle Goldberg‘s feed, writing about just about anything, and Paul Krugman‘s postings on Twitter and his debunking of bad economic myths.

As much as I like pithy proverbs, I’m not very good at pithy observations. Especially when others are going to read them. I tend to be of the “curiously long posts” school of online thought.

Similarly, I would see snappy comments on the Big Lie or other trending topis and feel bad that I didn’t think of them first. Oh, I would delude myself that if I were on Twitter, these earth-shattering insights would just come naturally to me.

But it would be a delusion.

Reason #3: I like my friends. Why should I always be in your face online?

As Robyn Ryle adds in her always insightful and humorous style, why does anyone care what I think? I’ve often said that opinions are like noses … everybody has them. What if we kept more of our thoughts to ourselves?

Still, sometimes multiple times a day, I have a thought. Well, okay, I have more thoughts than that, but not all of them are Tweet-worthy. “Oh, yeah, this is hilarious,” I think to myself. Or deep. Or revelatory. Whatever. This thought must be shared.

But, really, must it? What if I kept more of my thoughts to myself? Especially given that there are only about five people on Twitter who pay attention to anything I tweet. When did I become convinced that my insights or jokes or basic functioning as a human being is wasted unless it’s spread across the interwebs? How would it be to stop feeling that way? How would it feel to keep more of my thoughts to myself? Would it make any difference to my success as a writer? To my happiness as a person?

If Robyn has only five people who care about what she thinks, my number would honestly be one or two. I stay off Twitter because I want to keep the friends I have. I know that I couldn’t wait to retweet, and then share with you, the readers of More to Come, all the terrific political cartoons of the day. Yes, if I were on Twitter, I would be following all types of cartoonists. I love a good political cartoon. And you, dear readers, would be subjected to them all.

To prove my point, here is a sampling of what I ran across today in my “research.” This first one, by the way, is perfect!

And then there are the political cartoons that fit perfectly with other tweets and news stories.

Reason #4: I’m doing a pretty good job managing my blood pressure these days, and I’d like to keep it that way.

Oh, and here is another good reason for me to stay off Twitter. I look at some of these reports online and my mind immediately goes to the question “How evil can you be and still get elected in America!” Yes. my blood boils.

Unbelievable. The evil in certain places knows no bottom.

What filmmaker and activist Barbara Malmet leaves out of her tweet is the fact that the Republicans blocked this legislation — which had previously passed the Senate with 84 very bi-partisan votes — for spite, because they were upset that Senator Joe Manchin negotiated with the majority leader of his own party to do something about climate change and taxes. The next day, historian Heather Cox Richardson reported on the widespread outrage Republicans are facing as a result of their hissy fit (my word, not hers). Susan Collins went there as well on Thursday, which is not a good look for a woman who has damaged all her credibility time-and-time again.

And then Rep. Tim Ryan called out his House Republican colleagues for a similar stunt on the CHIPS bill, which their party had previously supported.

Yep, I need to prioritize my blood pressure.

Staying off Twitter for me is part of a pattern. Almost a decade ago I deleted my Facebook account and never looked back. Some readers have suggested since then that I become active on Instagram or Twitter to keep up with breaking news and to promote the pieces from More to Come. I have never seriously felt the urge to join that online time suck.

And the last three words of that previous sentence just told you the primary reason why I’m not on Twitter.

I know myself (there’s that morsel of self-awareness again). I don’t have the discipline to turn down French fries for crying out loud, so why would I think I could avoid going down the Twitter rabbit hole. Once on that platform, there is a better than 50-50 chance that I would not come up for air for several hours.

So, yes, the fear of being sucked into useless and unhealthy habits is the major reason I stay completely away.

Bonus reason: I am willing to miss the fun for the greater good (of my mental health)

Don’t look for me on Twitter anytime soon, even though I expect I’m missing some fun. I know myself and understand that in this case at least, if I were in for a penny, I’d be in for a pound.

And I’m not going there.

P.S. – Careful readers will note that I used 20 Tweets to talk about why I’m not on Twitter…which makes my point. If I were on that platform, you would likely see multiple Tweets in every one of my posts…and I really don’t want to go there, for your sake and mine.

For other More to Come posts on digital clutter, check out:

Image by Gerd Altmann from Pixabay.